The Chinese coffee chain intentionally fabricated more than $300 million in sales from at least April 2019 through January of this year, according to the Securities and Exchange Commission, which announced the fine and a settlement with the company in a Wednesday statement. To conceal the fraud, certain employees created a fake operations database, and altered bank records to reflect the bogus sales, according to the SEC.

Luckin’s alleged malfeasance, which involved misstating its revenue, expenses and operating loss, was all done to give investors the false impression that the company was experiencing miraculous growth, the agency said.

The facade came crashing down in April when Luckin said that its chief operating officer and some subordinates might have faked more than a quarter’s worth of business. By mid-June, the company had plunged more than 90% on the Nasdaq stock market, erasing more than $11 billion of market value. Nasdaq announced it was de-listing Luckin that same month.

“Public issuers who access our markets, regardless of where they are located, must not provide false or misleading information to investors,” Stephanie Avakian, head of the SEC’s enforcement division, said in the statement.

Luckin’s 2020 collapse has led to renewed scrutiny of Chinese companies that sell shares on U.S. exchanges without adhering to rules that require their audits be inspected by American regulators. The fallout also triggered fresh concerns for global investors about China’s corporate governance, while contributing to the U.S. Congress passing legislation this month that could lead to Chinese businesses being kicked out of American markets.

In its statement, the SEC said the $180 million fine may be offset by payments that Luckin makes to its security holders as part of its liquidation proceeding in the Cayman Islands. The transfer of funds to Luckin investors is subject to approval by Chinese authorities, the SEC said.

“This settlement with the SEC reflects our cooperation and remediation efforts, and enables the Company to continue with the execution of its business strategy,” Luckin Chairman and Chief Executive Officer Jinyi Guo, said in a regulatory filing.

Luckin, founded in 2017, operated about 4,500 stores by the end of last year in mainland China. The chain pulled in customers by offering massive discounts and sought to reach 10,000 locations by the end of 2021. It was trying to overtake Starbucks Corp. by opening more stores in China in two years than the industry giant had in two decades.

The settlement, which Luckin agreed to without admitting or denying the regulator’s allegations, is subject to court approval. 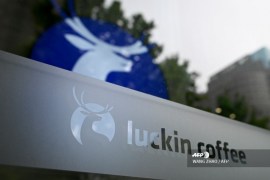 Luckin Coffee stores have mushroomed across Chinese cities but it’s bleeding cash. Can technology save its finances? 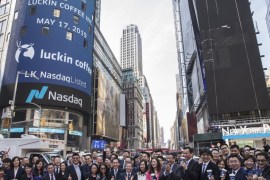 A bill passed by Senate would require Chinese companies listed in the US to submit to audits by US accounting agency. 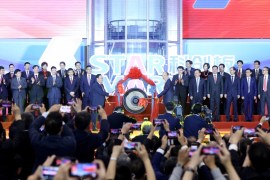 The Shanghai-based STAR Market is part of China’s policy of liberalising its financial sector. 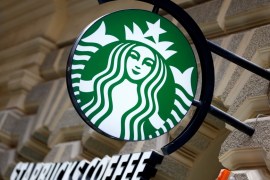 Starbucks shutters half its China stores, warns of hit from virus

The US-based coffee chain closed more than half of its stores in China in response to the coronavirus outbreak.