The United States Attorney’s Office in Detroit said on Monday the United Auto Workers (UAW) union has agreed to independent oversight to resolve a five-year federal corruption investigation that ensnared two of the union’s former presidents.

US Attorney Matthew Schneider said the UAW would pay $1.5m to settle tax issues, make significant reforms and be overseen by an independent monitor for six years. Schneider said the civil settlement caps the investigation into the union but said inquiries could continue against individuals.

“The union has had a problem with fraud, embezzlement and corruption,” Schneider told a news conference. “There are a few bad apples and those people have been convicted.”

He added that UAW International President Rory Gamble, who was present, was not under investigation.

The US attorney’s office revealed for the first time that the UAW has already paid back more than $15m for improperly billing Ford Motor Co and Fiat Chrysler Automobiles (FCA) for employing members who did not work at the training centres operated by the union and the companies.

Schneider’s office has charged 15 former UAW officials as part of its investigation, and former Presidents Gary Jones and Dennis Williams both have pleaded guilty to embezzling union funds.

“The UAW failed to address the fraud, corruption, and illegality problem within its own ranks and necessitates injunctive relief to protect the honest membership of the organization,” the government said in its complaint filed on Monday that must be approved by a federal judge.

The monitor has the power to investigate, audit and review all aspects of the UAW other than collective bargaining agreements.

“This agreement is yet another step towards restoring the full faith and confidence of our members in our union and its leadership,” Gamble said.

Several UAW officers, including the two former UAW presidents, have pleaded guilty to embezzling millions of dollars for their personal benefit, using the funds to buy expensive liquor and cigars and to pay for golf outings and related equipment, and to stay at expensive hotels.

The government said for more than 10 years UAW officials “engaged in fraudulent, corrupt, and illegal conduct for their own benefit.”

The UAW represents about 400,000 US workers, including workers at Detroit’s Big Three automakers and in other fields. At its peak in 1979, the union had a membership of some 1.5 million.

The UAW agreed to conduct a binding secret-ballot referendum of its membership to determine whether to change the UAW’s election method from the current delegate system to a direct election model.

Gamble was appointed president in November 2019 when his predecessor Jones was forced out after being linked to the corruption inquiry.

Gamble promised he would overhaul the UAW, and previously announced a series of ethics reforms, including increased financial oversight of the union’s accounting department.

In 1988, the US Justice Department sued to force out senior leaders at the International Brotherhood of Teamsters union and appointed a trustee because of the union’s connection to organised crime.

The government oversaw the Teamsters from March 1989 until 2015, and a five-year transition period ensued.

The FBI has been investigating allegations of illegal payoffs to UAW officials by FCA.

In Monday’s complaint, prosecutors referred to illegal payments made by FCA officials to gain labour concessions from the union.

GM officials declined to comment other than to say it supported efforts to eliminate corruption in the UAW. 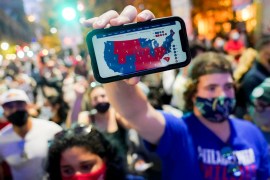 What’s in store as the Electoral College votes

The vote on Monday will be one of the final steps in formalising the results of the US presidential election. 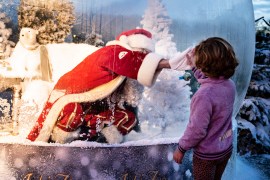 Kids and COVID isolation & stress: What parents need to know

Experts concerned over how social isolation and parents’ financial issues are affecting children. 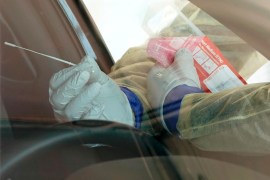 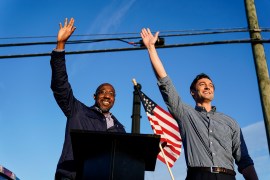 Why Biden has a huge stake in the Georgia Senate runoffs

Biden, who campaigns with the state’s two Democratic candidates Tuesday, hopes to help take Senate control from the GOP.