A gauge of Asian shares rallied to nearly a three-year high while the dollar stayed sluggish and United States bond yields slipped on Friday as investors bet that a divided US legislature would limit major policy changes and keep the status quo on economic policies.

Investors expect Democrat Joe Biden to beat President Donald Trump and the Republicans to retain control of the Senate, allowing them to block the Democrats’ agenda, such as corporate tax hikes and massive borrowing for large spending.

“Even if or when a Biden victory is confirmed, this amounts to a major upset to hopes of a Democrat sweep, and to hopes of substantial near term fiscal support,” analysts at Dutch bank ING said in a note sent to Al Jazeera.

“We suspect the bar is high to implement tax hikes with a republican senate, so is the risk is for a structurally wider fiscal deficit,” ING said.

The 10-year Treasury yield edged lower to 0.773 percent, more than 150 basis points below the pre-US election level seen on Tuesday. It had struck a three-week low of 0.7180 percent on Thursday.

Bond yields tend to fall as investors move funds into the relative safety of highly rated securities such as US government debt due to expectations of mounting political or economic unpredictability.

“There will no longer be the massive largesse people were imagining. After all, when it comes to fiscal spending, the Senate really matters,” said Kazushige Kaida, head of FX sales, at State Street Bank’s Tokyo Branch.

US networks project almost no Democratic gains in the Senate, though vote-counting is ongoing.

The US Federal Reserve on Thursday kept its monetary policy loose and pledged to do whatever it takes to sustain an unsteady economic recovery.

With COVID-19 raging in the US and parts of Europe, many investors assume more monetary stimulus from the Fed and other central banks will be inevitable.

The Bank of England expanded its asset purchase scheme on Thursday while the European Central Bank is widely expected to announce more stimulus next month.

In Hong Kong, shares of Chinese e-commerce giant Alibaba were 3.6 percent lower after it reported a 63 percent drop in third-quarter net income, even as revenues surged with a rise in e-commerce spending in China.

Ant said its listing had been suspended by the Shanghai stock exchange following a meeting that its billionaire founder Jack Ma and top executives held with Chinese financial regulators. It also froze the Hong Kong leg of the dual listing.

Alibaba Chief Executive Daniel Zhang said during an earnings call that Alibaba is “actively evaluating” the effect of the Ant Group IPO’s suspension on its business and will “take appropriate measures accordingly”.

In the currency market, lower yields undermined the dollar against many currencies.

The dollar index of the greenback against a basket of other major currencies touched a two-month low of 92.473 and last stood at 92.718.

A softer dollar supported the Japanese yen, which climbed to a near eight-month high of 103.43 yen against the dollar overnight. It was steady in early Asian trade at 103.52 yen.

Gold, which is limited in supply and seen as a hedge against inflation in an era of ultra-loose monetary and fiscal policies, eased slightly to $1,942 per ounce after jumping more than 2 percent overnight.

Oil prices were sluggish after a bout of profit-taking in early trade. Brent crude was down 1.73 percent at $40.22 a barrel. 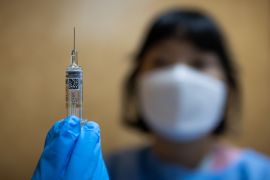 CEO dismisses reports of delays with COVID-19 vaccine, says large-scale vaccinations could be possible by December. 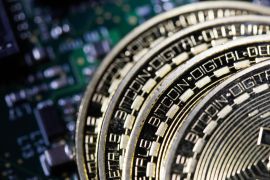 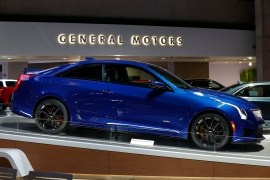 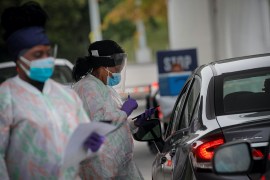 The treatment, which was given to President Trump, is under review by the US Food and Drug Administration.