Wall Street is soaring: the Nasdaq closed at a record high on Friday and the Dow Jones Industrial Average surpassed 30,000 points for the first time last week.

But Main Street is still struggling – the United States reported a back-to-back increase in unemployment claims for the first time since July, and more than 50 million Americans may experience food insecurity this year, up 15 million from 2019, according to the not-for-profit, Feeding America.

The US is experiencing an unequal economic recovery from the coronavirus crisis – resulting in deepening income inequality that is seeing the most vulnerable communities fall even further behind.

That’s why President-elect Joe Biden has said the US is experiencing a “K-shaped recovery.” Here’s what that means – and what to know.

First of all, why the letter K?

It’s a visual way to describe a recovery in which different parts of the economy recover at different rates, times or magnitudes, as opposed to in tandem. The diverging lines look like the letter K, with some industries and groups bouncing back and surging upward, while others continue to decline.

The groups that were on the top of the K to begin with – wealthy Americans, for example – continue to rise, while the bottom continues to decline, spurring wider inequality.

Yikes. So is the US in a K-shaped recovery?

It depends on who you ask. Biden has used the term to describe the US recovery, explaining:  “If you’re on the top, you’re going to do very well. And if you’re on the bottom or if you’re in the middle, your income is coming down.”

But President Donald Trump has insisted the US is in a V-shaped recovery, meaning sectors and groups all declined relatively equally and are recovering equally, touting the V’s potential to “launch a record-smashing economic boom”.

So who is right?

Months into the pandemic, the numbers back Biden. While Wall Street has been setting records, a huge segment of the US is struggling to find a job, pay rent and put food on the table.

Who is actually bouncing back?

People who own assets – such as houses and stock portfolios – have fared better, as Wall Street is buoyed by positive COVID-19 vaccine news. The median house price in the US climbed 16 percent from last year, hitting $318,000, according to the National Association of Realtors.

White-collar workers who were able to work from home have also fared better than low-wage service workers who saw their workplaces shutter for weeks or months – such as restaurants, childcare centres and stores.

Most of all, the pandemic has been great for billionaires. Tech giant Amazon.com racked up $6.3bn in profits in the third quarter alone, reinforcing the position of its founder, Jeff Bezos, as the wealthiest person in the world on the Bloomberg Billionaires Index.

Can you put those gains into perspective?

Consider this: Musk raked in $7.2bn in one day last week. One. Day.

Wow. So who is getting hit the hardest?

People who lost their jobs and are still out of work are having the toughest time of all. A little more than half of the 22 million jobs that were lost to the coronavirus crisis in March and April have been recovered, and this month, the US recorded back-to-back increases in unemployment claims filed with states for the first time since July.

Small businesses, which created two-thirds of net new jobs in the US before the pandemic, enjoyed a partial recovery in May through June. But those gains began to plateau in July and fell in September.

Why did they plateau?

Economists point to the waning effects of some $3 trillion in pandemic relief aid that Congress passed earlier this year.  That package included a federal $600 weekly top-up to state unemployment benefits that expired at the end of July, as well as lifelines to small businesses.

Many economists and the chairman of the Federal Reserve, Jerome Powell, sure think so. But so far, Congress and the White House have failed to overcome their differences and pass a new round of stimulus.  And the clock is really ticking now, because more pandemic relief aid is set to expire at the end of the year.

Can the Fed do something if Congress won’t?

The Fed has thrown all kinds of support at the economy, including slashing interest rates to near-zero so people and businesses can borrow cheaply. But monetary policy is a blunt instrument.

Record-low mortgage rates, for example, don’t do much for Americans who can’t afford to save the down payment on a home or who can’t get a loan because they’re out of work.

And all of that cheap money sends investors chasing higher returns in other assets – like houses and stocks. So that medicine from the Fed – while absolutely needed to keep the recovery going – is also widening inequalities.

Heading into the holiday season, many Americans are already living on the edge.

Between 30 and 40 million renters are at risk for eviction when a nationwide moratorium expires on December 31, according to an analysis by the Aspen Institute. And those tenants are responsible for back rent, too, as well as any fees or penalties imposed by landlords, according to Princeton University’s eviction lab.

Visitors to food banks have soared, with some lining up for hours to get the basic staples they need – as well as food for the holidays.

More troubling: the group’s food bank survey found that 40 percent of the people accessing help now never needed it before.

So what can be done?

Most economists agree a new round of federal stimulus relief is needed now.

Whether the lame-duck Trump administration will continue negotiating with Congressional Democrats over a new round of aid remains to be seen. But many families struggling to make ends meet now can’t wait for relief until the Biden administration takes over on January 20. 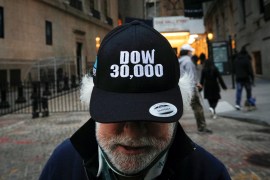 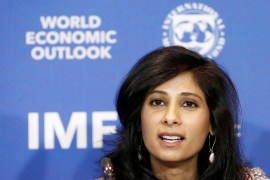 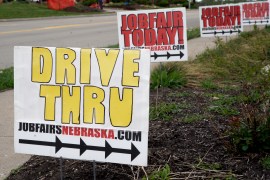 Political uncertainty and a surge in COVID-19 cases could hurt business spending over the next few months. 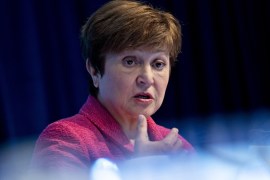