Wall Street’s main stock indexes opened lower on Thursday as soaring COVID-19 infections and concerns over the near-term economic damage it is causing, overpowering this week’s positive news in the race for a vaccine.

The Dow Jones Industrial Average fell more than 183 points, or 0.62 percent, to 29,255.29 within minutes of the opening bell on Wall Street.

The broader S&P 500 index – a proxy for the health of retirement and college savings accounts – was down 0.37 percent and the Nasdaq Composite Index shed 0.12 percent.

The Dow and the S&P 500 closed at all-time highs on Monday after biotech firm Moderna said preliminary trial results showed its COVID-19 vaccine to be 94.5 percent effective.

On Wednesday, Pfizer and BioNTech said that final results from the Phase 3 trial of their COVID-19 vaccine showed it to be 95 percent effective – the highest success rate for any pandemic candidate in late-stage trials so far.

But the Pfizer news could not sustain the stock rally as investors questioned whether market jubilation around vaccines was premature.

The promising results from Moderna and Pfizer are happening against a backdrop of record infections and hospitalisations in the United States and an economic recovery that is worsening inequalities.

Millions of jobless workers are being left behind and small businesses are struggling to stay afloat.

And Washington is still deadlocked over another round of virus relief aid that economists are urging to keep the recovery – as imperfect as it is – from going off the rails.

For those on the losing end of the recovery, the economic scars could have a lasting effect on their working lives and finances for years or even decades to come.

On Thursday, we learned that the number of Americans filing new claims for unemployment benefits unexpectedly rose last week as new restrictions and curfews forced businesses to close and layoff workers.

Initial claims for state jobless benefits increased by 31,000 last week to 742,000, the US Bureau of Labor Statistics said on Thursday.

While that marks a decrease of more than 840,000 from the previous week, it is not necessarily good news.

“We may be starting to see the leading edge of individuals who have exhausted their 39 weeks of PUA benefits,” said economists at Oxford Economics in a note to clients, adding that both PUA and PEUC programmes “are set to expire at the end of the year and there is no indication that a stimulus package will be enacted during the lame duck session of Congress.”

Eviction moratoriums, student loan forbearance and other federal programmes put in place earlier in the year to help people deal with the coronavirus crisis are also due to expire at the end of 2020.

New York announced on Wednesday afternoon that it would close all city public schools – the largest public school system in the US – to contain spiralling infections.

The Metropolitan Transit Authority warned that it could cut 40 percent of New York City’s subway service and layoff 9,300 jobs if Washington does not come through with fiscal support. The move would jeopardise any attempt of economic recovery.

Retail stocks are in the spotlight on Thursday ahead of the critical holiday shopping season.

But shares of department store operator Macy’s Inc fell 2.7 percent after reporting that its sales fell more than 20 percent in the third quarter. 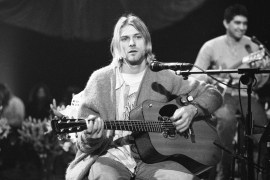 How Kurt Cobain convinced me of the commercialisation of art

Should art be a marketable commodity or simply remain an honourable pursuit? 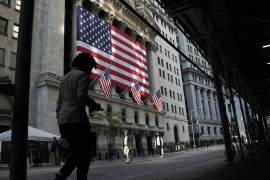 Pfizer and BioNTech said they will seek Emergency Use Authorization from the FDA for their COVID-19 vaccine within days. 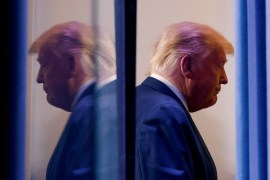 To concede, or not concede, Trump faces defeat

Analysis: In failing to acknowledge his election loss, Trump adds to his long list of shattered presidential traditions. 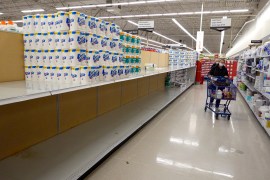