The decision to stop what would have been the world’s largest-ever IPO came days after the financial-tech giant’s billionaire founder Jack Ma launched a public attack on the country’s financial watchdogs and banks.

Ant Group did not immediately respond to Reuters request for comment. The Information Office of the State Council, China’s cabinet, could not be reached immediately for comment.

Ma had told a summit in Shanghai on October 24 that the regulatory system was stifling innovation and must be reformed to fuel growth. Earlier this month, Reuters reported the speech set off a chain of events that torpedoed the listing of Ant.

Soon after Ma’s scathing speech, state regulators started compiling reports including one on how Ant had used digital financial products like Huabei, a virtual credit card service, to encourage poor and young people to build up debt.

The general office of the State Council compiled a report on public sentiment about Ma’s speech and submitted it to senior leaders including President Xi, Reuters had reported. 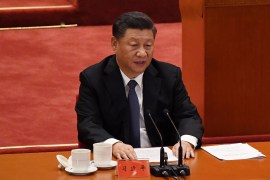 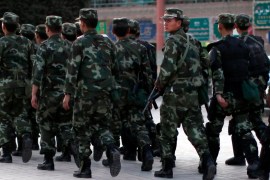 US removes group condemned by China from ‘terror’ list

The faction is regularly blamed by China to justify its harsh crackdown in the Muslim-majority Xinjiang region.