Most governments around the world have been failing for decades to implement the health, tax and labour policies that would reduce the gap between the rich and the poor and make economies more resilient to shocks such as COVID-19, a new Oxfam report has found.

Analysis from Oxfam and Development Finance International (DFI) published on Wednesday blamed governmental policy failures for the depth of the coronavirus crisis and the economic fallout it has caused.

Just 26 out of 158 countries were spending the recommended 15 percent of their national budgets on the health sector before the coronavirus pandemic, according to data from the Commitment to Reducing Inequality Index (CRII).

In 103 countries, at least one-third of the workforce has no access to basic labour protections, such as sick pay. The index also noted that only 53 countries have social protection schemes against job loss and illness, and they covered only 22 percent of the global workforce.

“The coronavirus crisis has laid bare the reality that the vast majority of humanity exists only just above the poverty line, only one paycheck from destitution,” Vera said.

A wake-up call, but too many are still snoozing

Before the COVID-19 pandemic, India spent just 4 percent of its budget on health services. Now it is reeling from one of the world’s worst COVID-19 outbreaks and only half of its population has access to basic healthcare.

“Even before COVID-19, inequalities were not only large, they were growing in the areas that have determined the ability to respond to the economic and social effects of the crisis,” Pedro Conceicao, director of the human development report office at UN Development Programme, told Al Jazeera.

“And so this gap, while important last year, is becoming critical,” he added.

Worldwide, women are bearing the brunt of the economic slowdown and mass unemployment.  Earning less at less secure jobs pre-pandemic, women in the COVID-era have also had to grapple with unpaid childcare work and a global surge in domestic violence.

The report also notes that nearly half of the countries on the index do not have adequate legislation to address rape. And 10 countries, including Singapore and Sierra Leone, have no laws on equal pay or gender discrimination in the workplace.

The poor are getting poorer, even in rich countries

Even countries that rank high on the index, such as Germany, Denmark, Norway and the United Kingdom, are backtracking on critical policies that have helped reduce inequality for decades.

Denmark has promoted taxation policies that have increased inequality. In the last decade, income growth has stagnated for everyday citizens and cuts to education have caused great concern. The richest 10 percent now own nearly half of the country’s total wealth.

“Governments must redistribute wealth dramatically and implement policies that fight inequality – policies that ensure a permanent exit to poverty, even in the face of shocks like COVID-19,” Oxfam’s Vera told Al Jazeera.

Analysis of the United States response to the coronavirus pandemic has only compounded the existing concerns of Oxfam experts. In the US, COVID-19 has disproportionately affected Black and Latinx communities, reflecting inequities in healthcare, housing and employment.

“The gap between rich and poor, widened by COVID-19, will continue to grow,” Vera said. “It will increase political unrest and popular anger. Inequality is not inevitable, it is a policy choice, and if governments choose further increases in inequality this will have disastrous consequences.” 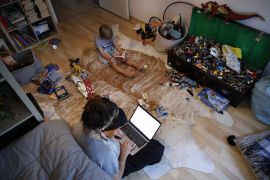 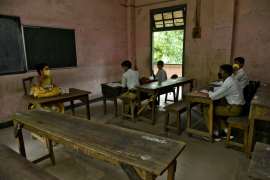 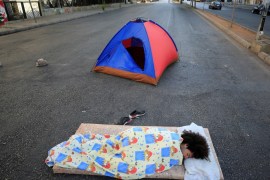 A global economy in trouble can be fertile ground for economic, environmental and social justice, UN panel stresses. 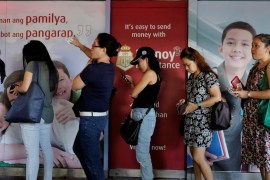 Remittances, a vital financial lifeline, are being squeezed