Asian share markets fell on Thursday but not as sharply as Wall Street’s rout overnight, while oil bounced off lows and US stock futures jumped, as Asia’s brighter economic outlook offset investor worries about fresh COVID-19 lockdowns in Europe.

Those are heavy losses, but much less than the United States’s S&P 500 index’s 3.5-percent drop in New York or the 4.2-percent fall by Germany’s DAX, which led European shares to their lowest level since late May.

S&P 500 futures and Dow Jones industrial average futures rebounded 1 percent, pointing to a stronger open on Wall Street, which traders attributed to heightened volatility and to the less gloomy mood around Asia as China’s economy builds up steam.

“Asia is not really partaking in this second or third-wave story because it’s got its COVID largely under control,” said Rob Carnell, chief economist in Asia at Dutch bank ING.

“As a result, domestic economies look reasonable. Exports will remain soft … but domestically they are still doing OK and doing a lot better relative to [Europe and the US].”

In France, people will be required to stay in their homes from Friday, leaving only to buy essential goods, seek medical attention or exercise. Germany will shut bars, restaurants and theatres from November 2 to 30.

“Until yesterday, the market was travelling with the hope the improvement of healthcare services in dealing with the pandemic would prevent the introduction of severe lockdowns,” National Australia Bank currency strategist Rodrigo Catril said in a note.

“At least in Europe, this dynamic has now changed … the question now is whether US states will follow.”

The risk-sensitive Australian and New Zealand dollars rose about a quarter of a percent against the US dollar.

“As restrictions have been lifted in both countries, activity has rebounded. Admittedly, the second draconian lockdown in [the Australian state of] Victoria will hold back the recovery in gross domestic product (GDP) in Australia in [the third and fourth quarters],” Ben Udy, Australia and New Zealand economist at Capital Economics, said in a research note sent to Al Jazeera.

“But we expect the pace of recovery to pick up in the first half of 2021,” Udy said. “By contrast, New Zealand’s success at containing the virus should see output recover more quickly in the near term”

Both currencies are, for now, headed for a weekly loss against the dollar and so is the euro, as worries about the new lockdowns seemed to catch investors by surprise.

Oil prices rose from a four-month low overnight amid the prospect of tighter short-term supply with two-thirds of US output shut in the Gulf of Mexico as Hurricane Zeta slammed Louisiana.

Central bank meetings and economic data are the main focus later on Thursday, with increasing uncertainty about the US election on November 3 also keeping investors on edge.

The Bank of Japan is set to maintain its massive stimulus programme and vow to take further action if the virus’ economic fallout threatens a return to deflation.

Investors expect the European Central Bank to hold off on new measures and instead hint at action in December, which is likely to keep a lid on the euro.

German unemployment and inflation data, European confidence surveys and advance US GDP figures will also be closely watched – with the US figure likely to show record growth, but still leave the economy below where it began 2020.

“Any disappointment in these numbers may have a magnified market impact, given the current weakness,” said CMC Markets’ Sydney-based strategist, Michael McCarthy.

Investors are also increasingly wary of a contested US election result that could unleash a wave of risk-asset selling.

Wall Street’s “fear gauge,” the Cboe Volatility Index, surged on Wednesday to its highest level since June, and a jump in implied currency volatility indicates that a wild ride is expected.

The US bond market, however, was somnolent as investors looked past polling day and figured huge government borrowing for coronavirus relief spending would happen no matter who wins.

Benchmark US 10-year Treasury bond yields rose overnight and added about a basis point on Thursday to 0.7894 percent.

“Looking ahead, heightened volatility in the run-up to the election and even, potentially, following the election will eventually subside,” said Seema Shah, chief strategist at Principal Global Investors.

“Markets will soon reassert a trajectory determined by fundamentals, rather than election news flow.” 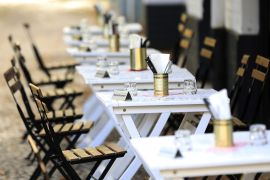 France and Germany are reportedly considering strict new measures to bring a spike in new COVID-19 cases under control. 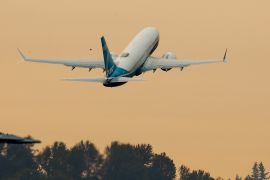 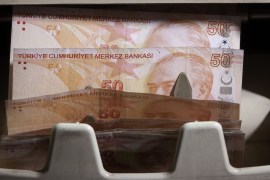 Rising rancor between Ankara and its western allies and the central bank’s interest rate policy are pressuring lira. 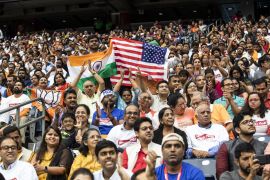 Four more years of Trump could mean more hardship for Indian firms, but a Biden presidency may not be too different.