One of the largest container port operators is calling on the shipping industry to tackle a growing yet often overlooked major environmental problem: spoiled food from hauling produce around the world.

The food industry accounts for almost a quarter of global carbon emissions. Yet 30% of production is wasted because it doesn’t arrive in an edible form — caused by “logistical failures” that can be addressed using information technology, said Tan Chong Meng, the chief executive officer of PSA International Group in Singapore.

Reducing that wastage through “digitalization” to move food more efficiently is “a huge opportunity” for the freight industry, which emits about 800 million tons of carbon dioxide, Tan told the Singapore International Energy Week conference.

The shipping companies that move 90% of the world’s goods including food have pledged to decarbonize in the next 30 years by curbing fossil-fuel emissions. That commitment focuses on the pollution caused by fuel, but doesn’t include the indirect emissions from food waste. About 1.3 billion tons of global food production is lost before reaching consumers’ plates every year, according to the Food and Agriculture Organization of the United Nations.

Supply disruptions caused by the coronavirus pandemic have put the spotlight on food security, prompting calls for reduced wastage to boost self-sufficiency. In August, China’s President Xi Jinping introduced a “Clean Plates Campaign” to tackle the “shocking and distressing” problem of food waste.

In Singapore, which relies on imports for more than 90% of its food and increased wastage by 20% over the past decade, President Halimah Yacob urged citizens to help overcome the problem.

Some 10% of developed nations’ greenhouse gas emissions are created by producing food that’s never eaten, according to the UN Environment Programme. About 14% of the world’s food is lost after harvesting and before reaching the retail level, and good infrastructure and efficient trade logistics are key to preventing food losses, according to the UN Food and Agriculture Organization. 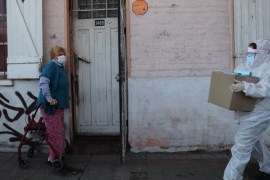 UN: Pandemic could tip 132 million into chronic hunger this year

Billions of people cannot afford a nutritious and healthy diet and the virus fallout will only make it worse, UN warns. 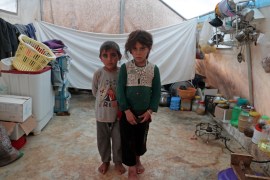 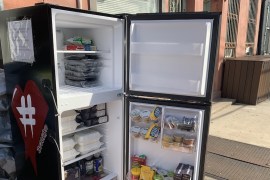 Community fridges have gained popularity during the pandemic and are helping to motivate people to vote this election. 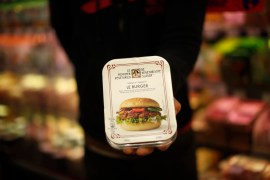 European politicians on Friday rejected a proposal backed by the meat industry to ban meat terms on non-meat products.