United States Speaker of the House Nancy Pelosi slammed the Trump administration for having “failed miserably” to pass another round of coronavirus relief aid before Election Day, killing hopes for a stimulus package before Americans head to the polls in just one week.

“From ‘hoax’ to hundreds of thousands dead, the White House has failed miserably – not by accident, but by decision,” Pelosi wrote in a letter to Congressional Democrats reported on by NBC News. “Now we know why they resisted science at the expense of lives, livelihoods and the life of our democracy. Again, it was a decision to do so.”

Pelosi and US Treasury Secretary Steve Mnuchin had been negotiating a stimulus package for weeks – and Pelosi had set a deadline last week to have an agreement that could be voted on before Election Day. A $2.2 trillion stimulus passed by the House was deemed too costly by Senate Republicans and by Mnuchin.

The White House proposed its own pared-down bill costing $1.8 trillion, but Trump had recently signalled he would be willing to go higher. Both sides ultimately failed to come to an agreement.

For his part, Trump also criticised Pelosi on Tuesday and promised a stimulus bill after November 3. 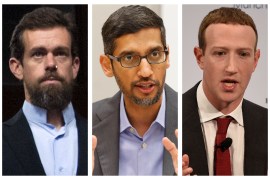 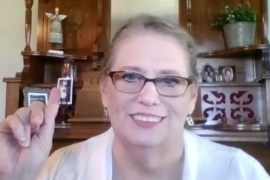 Al Jazeera’s American Voter series asks the same questions to voters across the US. 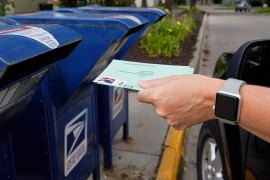 The US Constitution does not guarantee any level of service when it comes to delivering mail-in ballots, USPS says. 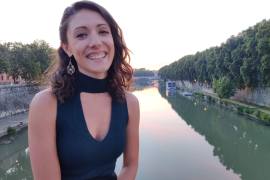