President Donald Trump’s son-in-law and senior adviser Jared Kushner said Black people must “want to be successful” in order for his father-in-law’s policies to help them.

“One thing we’ve seen in a lot of the Black community, which is mostly Democrat, is that President Trump’s policies are the policies that can help people break out of the problems that they’re complaining about,” Kushner said Monday on “Fox & Friends.” “But he can’t want them to be successful more than they want to be successful.”

Kushner’s remarks drew criticism on Twitter, where Democrats said he was implying that many Black people don’t want to be successful.

Trump’s campaign believes he’s drawing more Black support for his re-election than in his 2016 run, thanks to policies including a law he signed reducing prison sentences for nonviolent offenders, increased spending for historically Black colleges and universities and new tax benefits for investors in low-income communities.

Trump lost among Black voters by about 82 percentage points in 2016 but has closed the gap in support to about 71 points this year, according to an analysis of polling data FiveThirtyEight.com published last week. He’s improved particularly with Black men, cutting his disadvantage from 72 to 57 percentage points.

“What you’re seeing throughout the country now is a groundswell of support in the Black community because they’re realizing that all the different bad things that the media and the Democrats have said about President Trump are not true and so they’re seeing that he’s actually delivered,” Kushner said. “President Trump may not always say the right things, but he does the right things. He says what’s on his mind and he gets results.”

Trump frequently makes naked appeals to White voters in his campaign speeches, for example by promising to keep low-income housing out of U.S. suburbs. He’s also faced criticism for his hostile response to nationwide protests over police brutality against Black Americans.

Kushner was dismissive of the Black Lives Matter movement in his Monday interview.

“You saw a lot of people who were just virtue signaling,” he said. ‘They go on Instagram and cry or they would put a slogan on their jersey or write something on a basketball court and quite frankly that was doing more to polarize the country than it was to bring people forward.”

Democratic presidential nominee Joe Biden has called Trump a racist. But even a small gain among Black voters could substantially help the president win re-election, if all else remained the same.

However, the president has simultaneously lost ground with White voters since 2016 — particularly women, who now favor Biden by about 6 percentage points compared to a 9 point advantage for Trump four years ago, according to FiveThirtyEight.

Although the Black unemployment rate, which has always been far above that of White Americans, fell to its lowest level on record last year, it was still 2 percentage points higher than the White jobless rate. That gap has again widened in the pandemic, with 12.1% of Black Americans unemployed last month, compared to 7% of White Americans.

Under half of all Black families owned a home last year, compared to 74% of White households. 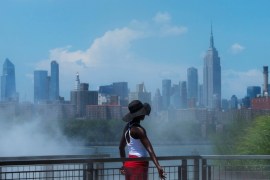 Black women make up 7.4% of the population, but hold just 1.4% of executive positions in the US, LeanIn.Org says. 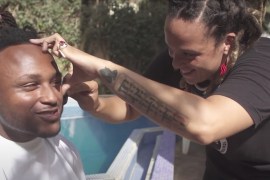 Editor’s note: This video has been removed temporarily while our team reworks it. 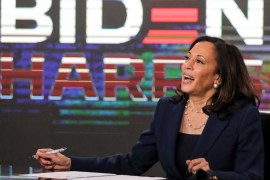