AstraZeneca Plc, the U.K. drugmaker developing a coronavirus vaccine with the University of Oxford, has been cleared by U.S. regulators to restart a trial halted in the country for more than a month on concerns about a volunteer who became ill, according to a person familiar with the decision.

The person asked not to be identified because the information isn’t public.

A decision to allow the study to resume would remove a significant impediment for AstraZeneca and Oxford as they try to get their coronavirus shot across the line. They are among the front-runners in the global quest for a vaccine, along with developers such as Pfizer Inc. and Moderna Inc.

AstraZeneca declined to comment. A representative for the U.S. Food and Drug Administration didn’t immediately respond to a request for comment.

Operation Warp Speed head Moncef Slaoui said in an interview earlier this week that the AstraZeneca trial and another study of a Johnson & Johnson vaccine candidate that had also been paused could resume in the coming days.

Questions have swirled around the AstraZeneca trials since an announcement in September that a participant in a U.K. study had developed an unexplained illness, and the partners have faced pressure to disclose more information about the episode. Although temporary halts are common, the interruption raised concerns about the prospects of one of the fastest-moving shots and highlighted the hurdles researchers face when developing a vaccine. 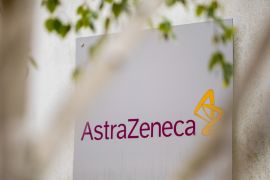 The firms’ COVID vaccine trials, which are backed by US’s Operation Warp Speed, were halted when participants fell ill. 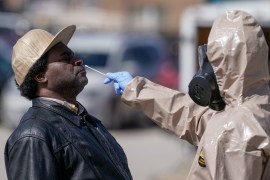 Record daily death increases reported across four states in the US, which already has the highest global toll. 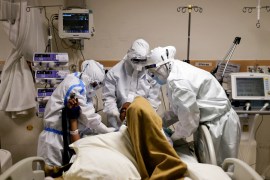 US, Brazil, India and South Africa register biggest rises in COVID-19 cases, according to the UN health agency. 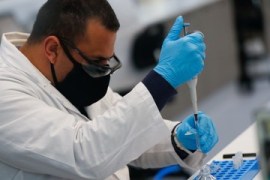 Argentina steps up efforts to find a coronavirus vaccine, as the economy struggles under a months-long lockdown.