The Asia Pacific region is likely to see economic output remain below pre-pandemic trends over the medium term, even as China’s recovery leads the rest of the world, according to the International Monetary Fund.

In its latest assessment of the region, the IMF warned of significant downside risks and economic scarring as labor market participation falls with the most vulnerable likely to be the hardest hit.

While the Washington-based lender said Asia is slowly clawing its way out of its worst-ever recession, it lowered its regional growth forecast to −2.2% in 2020, 0.6 percentage points lower than the forecast in June. The downgrade was mostly due to sharper contractions in India, the Philippines and Malaysia. The fund tips China to grow 1.9% this year.

“Returning to full capacity will be a long slog,” the IMF wrote in its Regional Economic Outlook report, citing ongoing fears of infection, social distancing measures and border closures that will especially hammer countries that rely on tourism.

“Not being premature with withdrawing support both fiscally and monetary should be on the agenda for policy makers not just in China, but globally,” Helge Berger, the IMF’s China mission chief said in an interview on Bloomberg TV.

The IMF’s downbeat outlook for Asia underscores how hard the road to recovery will be even in a region that drives global growth and where, in countries like China and South Korea, the virus has largely been contained.

Also hampering the recovery is employment that has taken a much bigger hit than during the global financial crisis, with women and younger workers suffering the most.

Among support measures governments and central banks can offer to their economies, the IMF said debt monetization can be an option.

“In some cases where inflation remains low, debt monetization could be appropriate, provided it is well communicated, limited in size, time-bound, and implemented within a clear operational framework that preserves central bank independence and does not impede monetary policy,” the fund said.

The current crisis has prompted some central banks in Asia, like Bank Indonesia, to buy sovereign debt directly, while others have said it’s an option that can be used if needed. Critics say the policy risks fanning inflation and undermining the currency in emerging economies, thereby eroding foreign investors’ confidence.

Geopolitical tensions, particularly between the U.S. and China, can also put a break on the recovery given Asia’s central role in global value chains, the fund warned.

“Although China’s recovery can boost regional trade, weak global growth, closed borders, and festering tensions around trade, technology, and security have worsened the prospects for a trade-led recovery in the region,” the IMF said. 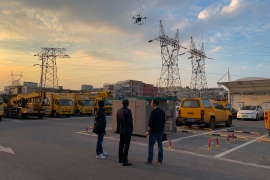 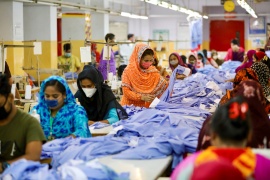 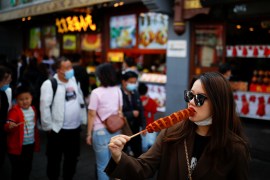 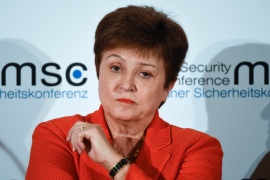 The move could help poor countries as they battle the coronavirus pandemic and deal with its economic fallout.