Asian shares and United States stock futures rose on Wednesday as renewed hopes for a new round of US stimulus drew money into equities and away from government debt.

The White House and Democrats in the US Congress moved closer to an agreement on a new coronavirus relief package on Tuesday as President Donald Trump said he was willing to accept a large aid bill despite opposition from his own Republican Party.

Negotiations will continue on Wednesday, an aide to top US Democrat Nancy Pelosi said.

Australian stocks edged up by 0.09 percent, but shares in China fell 0.33 percent.

The Chinese yuan surged to its strongest level against the US dollar in more than two years on growing optimism about China’s economy and speculation that a victory for US Democrat presidential candidate Joe Biden next month will lead to better Sino-US ties.

Benchmark US Treasury bond yields hit a four-month high on expectations of more US fiscal spending, but some investors remain cautious about the chances of a deal before the US presidential elections on November 3.

“Without stimulus, everything goes into reverse. US President Donald Trump is attacking Biden before the election, which could impact stimulus negotiations. However, it is also damaging for the Democrats if they continue to hold out.”

On Wall Street, shares of Google parent company Alphabet rose despite an antitrust lawsuit against it by the US Justice Department.

The onshore yuan jumped to 6.6444 per dollar, its strongest since July 2018. Investors have been encouraged by recent signs from the People’s Bank of China, the country’s central bank, that it is more comfortable with currency appreciation, with exports remaining strong.

The US dollar hit a one-month low against a basket of the world’s top currencies as investors awaited the outcome of the US fiscal stimulus talks and as coronavirus cases spiked in Europe.

Oil prices fell on Wednesday after a surprise climb in US crude stockpiles added to concerns about a global supply glut. 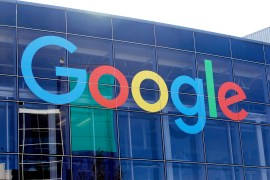 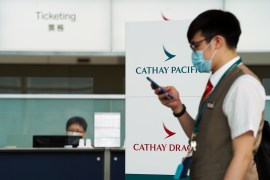 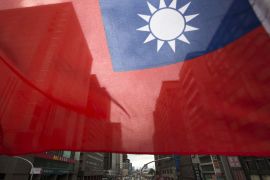 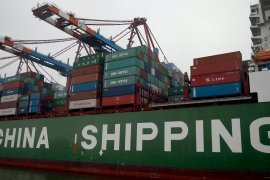