In an almost hour-long televised address, Salameh – the head of the Banque du Liban or central bank – hit back at bubbling criticism from politicians who blame him for the national currency’s rapid slide.

Salameh noted that successive governments were privy to his decision-making, but politicians were now trying to single him out amid the country’s worst-ever financial crisis. Lebanon’s currency depreciated at least 12 percent in a single day last week.

“There is no unilateralism in spending decisions, and saying the opposite is slander aimed at misleading public opinion and falsely attributing responsibility for financial decisions to the central bank,” Salameh said, near the beginning of his address.

Salameh’s address – uncharacteristic in its direct style, but standard in that he took no questions – was prompted by a jab from Prime Minister Hassan Diab, who last week blasted Salameh for “gaps in performance, strategies, frankness, clarity, [and] monetary policy”.

Diab also derided “suspicious ambiguity” surrounding a controversial policy directive, which allowed all foreign-currency account holders to withdraw money in Lebanese pounds at a market rate set by banks instead of the official rate. The official rate values the currency at more than double its real value – 1,500 Lebanese pounds to $1 instead of around 3,800 to the greenback.

Withdrawing US dollars from Lebanese banks used to be standard, but it is now impossible in Lebanon because of capital controls that have been in place for the last six months to combat an acute dollar shortage.

Salameh’s directive has been criticised as leading to increased circulation of Lebanese pounds – also called lira – while making dollars scarce, which experts say could cause the currency to devalue further.

Diab went so far as to say that the man who has led the Banque du Liban for 27 years may be intentionally attempting to hurt the currency.

While Salameh was synonymous with the currency’s stability over that last three decades, he has come onto ever-more-shaky ground as it depreciates. Lebanese President Michel Aoun asked ministers at a cabinet session last week whether Salameh should be replaced, but there was no agreement.

Salameh was known for dryly stating “the lira is stable” at every opportunity – something which he said had come from his drive to protect the currency. 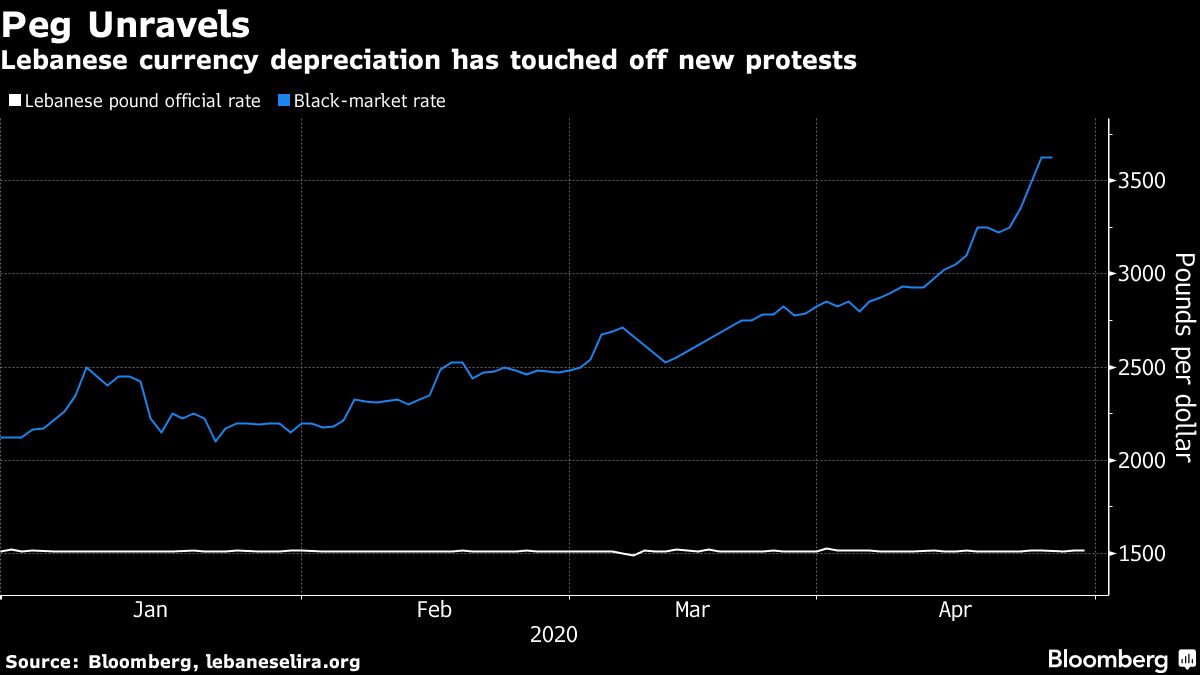 I didn’t spend the money

Speaking slowly and deliberately, Salameh repeatedly placed blame for the dire state of Lebanon’s financial, economic and monetary situation at the feet of the country’s entrenched political elite.

“The central bank has funded the state, but it has not spent the money,” he said. “We must know who has spent the money, and there are constitutional and administrative institutions that have the task of revealing how it was spent.”

Despite qualms over Lebanon’s notoriously corrupt politicians’ desire to reform, Salameh said the law forced him to continue to fund the state’s advances and treasury bonds.

Anti-establishment protesters have criticised Salameh for continuing to sit at the bank’s helm and cooperate with a long line of governments that dug Lebanon into debt, while offering little to show for all that burden.

Lebanon is one of the most indebted nations in the world in terms of its debt as a ratio of economic output. It has defaulted on its obligations and is seeking to restructure $90bn of debt.

Salameh said he undertook “financial engineering” operations in the last few years that aimed to boost the
central bank’s foreign currency reserves at heavy losses “to buy time for Lebanon”.

“There were promises of reform,” he said, “but these promises were not translated for political reasons.”

He went on to dispute an explosive claim by Diab that $5.7bn had “left Lebanon” in the past few months despite informal capital controls being in place on transfers abroad.

Salameh said $3.7bn was used to cover loans, and $2.2bn was withdrawn from banks in Lebanon, most of it in local currency. “So this didn’t leave Lebanon,” he said curtly.

Diab is set to finalise the cabinet’s financial rescue plan at a cabinet session on Thursday. One of its most controversial provisions proposes slashing a percentage off of large deposits – also known as a “haircut”.

“There is no need, and we shouldn’t implement a haircut,” Salameh said, using some of the most forceful language of the entire press conference. “This will terrify depositors and delay the revival of the banking sector and its role in financing the economy.”