Oil markets remained mired in turmoil on Tuesday as Texas regulators held off voting against mandated production curbs and a group of smaller OPEC members and cartel allies held an emergency phone meeting to discuss further output cuts a day after a US crude crash plunged prices into negative territory for the first time.

The contract for May delivery of US benchmark West Texas Intermediate (WTI) crude expired on Tuesday, hitting a low of -$16.74 before settling at $10.01 a barrel.

With crude storage space in the US reaching capacity, traders are loath to get locked into taking delivery of oil with nowhere to park it.

Those oversupply concerns spilled into the June WTI contract, which plunged nearly 34 percent to settle at $11.57 a barrel.

Global benchmark Brent crude, which also got swept up by supply concerns, settled below $20 a barrel.

Shale firms throughout the US are feeling the pain from the slump in prices. Many have started closing wells and thousands of oil and gas workers have been laid off in recent weeks.

On Tuesday, President Donald Trump said he has asked his administration to come up with a plan to throw a financial lifeline to US shale companies.

“We will never let the great U.S. Oil & Gas Industry down. I have instructed the Secretary of Energy and Secretary of the Treasury to formulate a plan which will make funds available so that these very important companies and jobs will be secured long into the future!”, President Trump wrote on Twitter.

But the US federal government has little power to influence oil output.

State regulators like the Texas Railroad Commission have the authority to limit production but two of the three commissioners voted against forcing producers to curb oil output on Tuesday. Asking oil producers to halt production has not been done in the US since 1972.

All three commissioners, who said they would revisit the issue on May 5, also stated that other top producing states like North Dakota and Oklahoma would have to get on board with cuts.

North Dakota’s oil regulator on Tuesday agreed to evaluate providing assistance to the state’s oil producers that would help them restart shut-in wells. North Dakota is the second-largest oil-producing state after Texas and also holds the authority to order producers to curb output. Oklahoma’s regulator will hear arguments on the matter next month.

But the states do not seem entirely united on the issue. Only one of the three Texas commissioners said he was ready to cut output by 1 million barrels per day, or 20 percent, while the other two said they would ask the attorney general to weigh in on the legality of forcing production cuts.

“We in the United States have generally been in favour of free markets, including with oil,” Samantha Gross, an energy and climate fellow at the Brookings Institution, told Al Jazeera. “Producers are looking at it this way: The costs I have spent drilling the oil are already gone. I’m looking at what the next barrel will cost me to produce and if I can afford that, I will keep producing.”

Indeed, some of the largest and most influential oil companies, Exxon Mobil Corp and Chevron Corp have opposed production limits.

The costs of shutting down wells are extremely high. “It is not just turning a valve,” Gross said.

But as production continues and the storage hub at Cushing, Oklahoma nears maximum capacity, analysts warn that what occurred on Monday – an historic nosedive into negative territory – could happen at the end of each month until the coronavirus crisis gets resolved.

Still, Gross stressed that WTI dipping 300 percentage points is not the best representation of what is going on in global oil markets.

“I’ve been telling people over the past 18 hours if you want to get an idea of what’s really going on with oil prices look at Brent because it is a better representative of the global oil situation,” she said. “But we will see these market gyrations until we get control again.”

Brent, which also saw a new low on Tuesday, may need to crash lower before producers decide to shut down production.

“You need producers to look at the economics and say: ‘Yes, we need to shut-in.’ It wouldn’t shock me if Brent hit single digits at some point,” Gross added.

As prices tumble, countries that rely heavily on crude sales to fund their state budgets like Nigeria, Algeria, and many others will feel the squeeze. Even Saudi Arabia, whose state coffers are generously padded to weather a slump in prices, is feeling the pinch of decimated crude prices and badly damaged demand from coronavirus containment measures.

“A slow recovery that keeps oil prices down below $20 would mean heightened risk of political instability throughout the oil-producing world. It would strain cooperation in OPEC because the members would not see the benefit of their cutbacks.”

Back on April 12, OPEC and its allies, including Russia, announced a record-breaking agreement to curb oil production, amounting to almost 10 percent of global supplies. But with economies virtually shut down to stem the spread of coronavirus, demand for oil has dropped by an unprecedented 30 percent.

“There’s pain everywhere because of oil,” Gross added. “It’s crazy but not quite as crazy as oil becoming worthless forever.” 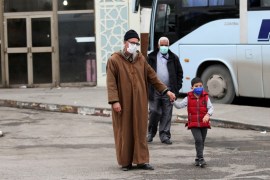 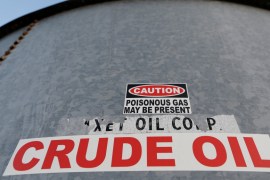 Energy secretary also is moving forward with a plan to rent 23 million barrels of storage space to oil companies. 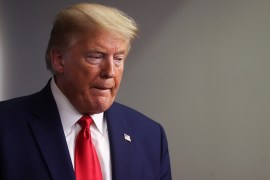 Trump calls for financial lifeline for struggling US oil industry

‘We will never let the great U.S. Oil & Gas Industry down,’ Trump tweets on Tuesday.