Gold posted its worst week in over three decades, joining the collapse across global markets that not even the traditional safe haven could dodge.

In the rush to raise cash and cover losses in other markets, investors are pulling their money out of bullion, typically seen as a store of value amid market volatility and global worries. That meant hedge funds cutting their bullish bets in the week ended March 10 by the most since early February.

The stronger dollar has also made the metal less appealing. The S&P 500 index had a volatile Friday after its worst day since 1987.

“There’s a lot of selling of every liquid asset for margin calls,” Matthew Miller, a gold market and equities analyst at CFRA in Denver, said by phone. 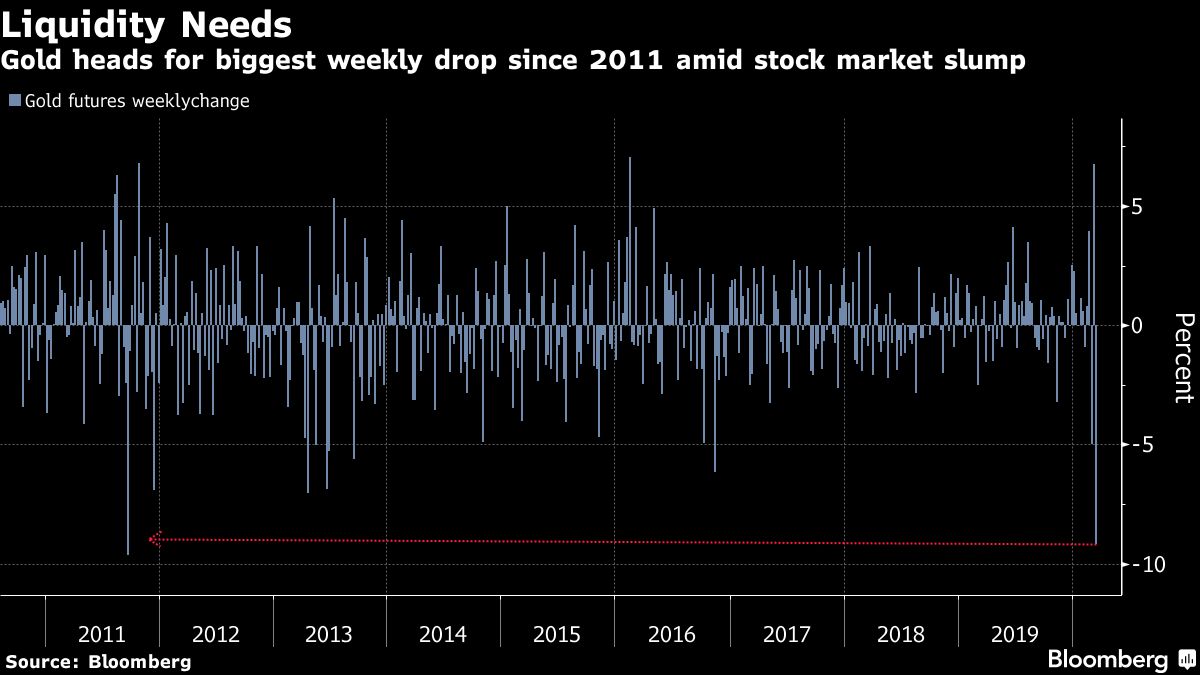 Spot gold fell 2.9% to close at $1,529.83 an ounce in New York, ending the week with a loss of 8.6%, the most since March 1983. On the Comex in New York, futures had their steepest weekly decline since 2011. In other markets, silver fell into a bear market, joining palladium and platinum as worries over economic fallout from the coronavirus pummel precious metals and other raw materials.

The flight from gold is stripping the metal of its traditional safe haven status and underscores how extreme the selling pressure has been in every corner of the markets. Oil and global equities posted their worst week since October 2008, when woes from the financial crisis were felt, signaling the gravity of the selloff.

Despite this week’s turmoil, the longer-term outlook for the metal remains bullish. Demand for the metal as a store of value could return if the coronavirus causes a recession in the global economy.

“Gold looks a pretty good bet over the medium term,” Daniel Hynes, senior commodity strategist at Australia & New Zealand Banking Group Ltd., said in a Bloomberg TV interview. “You could even call a 10% to 15% rally a fairly good possibility in the shorter term.”