Bitcoin extended its five-day losing streak on Thursday and dropped below $8,000 for the first time since June as a growing list of concerns weighed on crypto assets.

Bitcoin fell as much as 9% to $7,736 in New York, according to Bloomberg composite pricing, before bouncing off the lows of the day. The Bloomberg Galaxy Crypto Index that tracks a basket of cryptocurrencies slumped more than 8% as peer coins, including Ether and XRP, also sold off. That’s the lowest level since May for the index.

There is “no good catalyst to drive it higher,” said John Spallanzani, portfolio manager at Miller Value Partners. Bitcoin was never able to regain the near-$14,000 highs it reached over the summer, he said, adding that the “market got tired and volume dried up.” 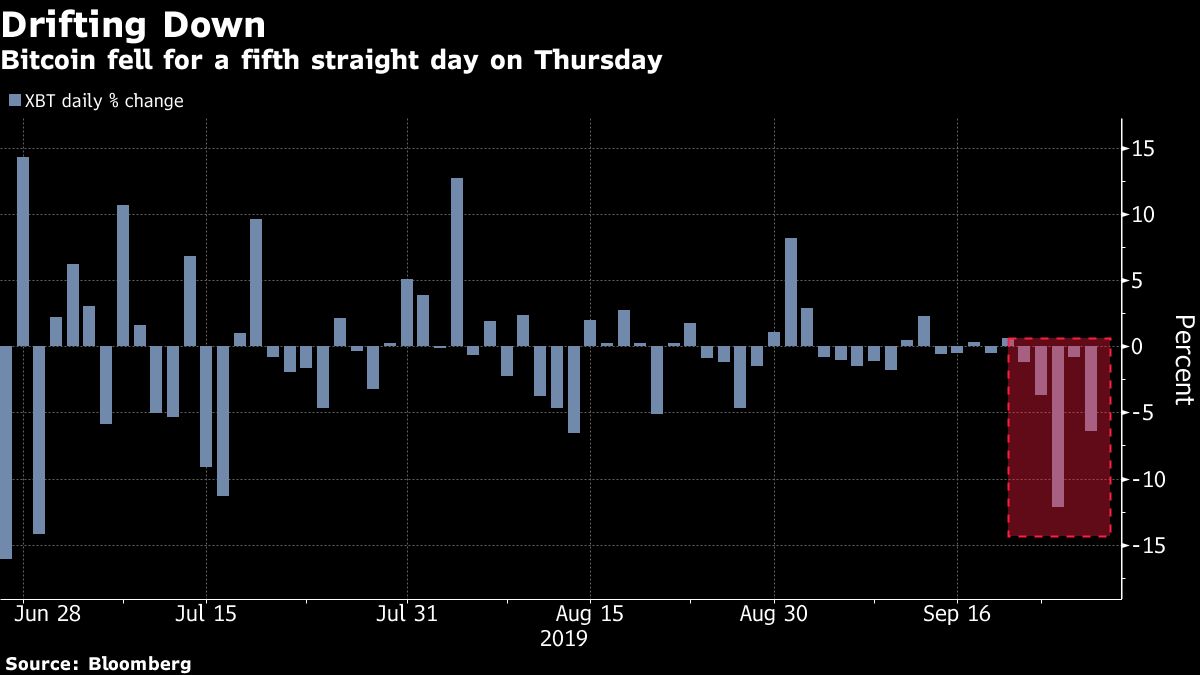 Investors cited a variety of reasons for the slump that’s seen Bitcoin lose about 20% of its value since Friday. Some pointed to a lackluster reception to the first Bitcoin futures contracts that were offered by the Intercontinental Exchange Inc.’s Bakkt platform. Others pointed to the U.S. Securities and Exchange Commission delaying a decision on a Bitcoin exchange-traded product. Still, others said the expiration of CME futures contracts set to take place this week is causing turbulence.

Here is what market-watchers are saying:

“As the volumes on these contracts have been particularly high this week, this month’s close could be particularly volatile,” Mati Greenspan, senior market analyst at trading platform eToro, wrote in a note in reference to the CME contracts.

“A Bitcoin ETF isn’t likely to arrive on U.S. exchanges in 2019,” James Seyffart, a Bloomberg Intelligence analyst, wrote in a note. “The SEC has made clear that it’s concerned about Bitcoin price manipulation on exchanges without any regulatory oversight or surveillance.”

“The crypto market drop will be a rude awakening for anyone who was starting to speculate that Bitcoin was becoming a ‘safe haven’ asset. However, compared to historical volatility patterns, a drop like this barely registers. There have always been sharp periods of volatility in crypto, and this kind of activity is only to be expected as the asset continues to grow,” said Gavin Smith, chief executive officer at Panxora.

“There are many potential reasons for the recent fall in the price Bitcoin. It could be ‘selling the news’ on the launch of Bakkt, which has so far seen much lower than expected volumes of trading go through its platform following months of hype. It could also be in response to the rapid decline in Bitcoin’s hash rate (amount of computation in the system) though this now seems less likely as the hash rate has somewhat recovered. Many cycle traders were also saying that Bitcoin was due a cycle low in early October, so that seems on point,” said George McDonaugh, chief executive officer at KR1.

Falling below the $8,000 level could mean Bitcoin would test its 200-day moving average support, which sits around $7,000. And according to the Trading Envelope Indicator, a technical tool that smooths moving averages to map out higher and lower limits, the coin has fallen below its lower band. 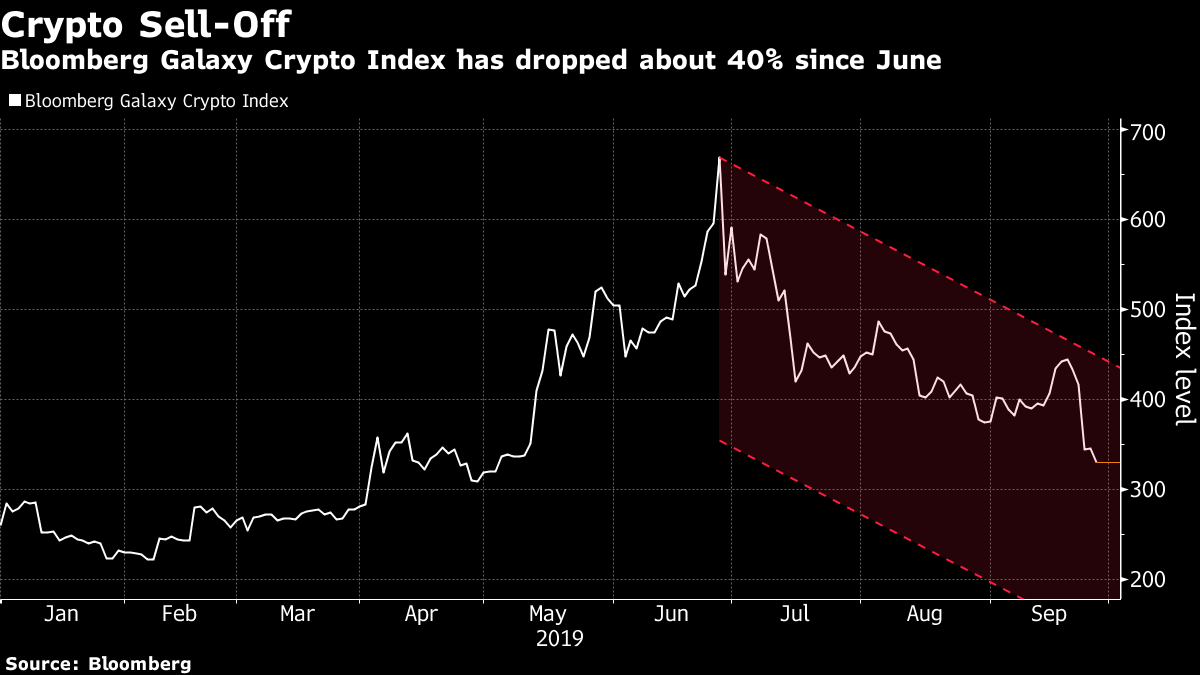