Wall Street‘s major indexes posted their biggest percentage drop of the year, as China‘s devaluation of the yuan sparked fears of further escalation of the US-China trade war, with the US president accusing Beijing of “currency manipulation”.

The losses spread to the Asia-Pacific region on Tuesday with indexes from Tokyo to Hong Kong falling sharply. Shanghai and Sydney shed 2.6 percent, while Manila and Wellington were also down around two percent.

Late on Monday, the US Treasury Department labelled China a “currency manipulator”, a decision that could pave the way for possible sanctions against Beijing. The last time the United States put China on the currency blacklist was in 1994.

The series of actions sank all three major US stock indexes at closing on Monday, with the Dow Jones industrial average shedding as much as 961 points, or nearly three percent, before recovering to close at 767 down.

The S&P 500 also lost 87 points to notch its biggest one-day percentage decline since December 4, amounting to a $766bn paper loss, according to Refinitiv data. The Nasdaq Composite also dropped 278 points.

The yuan weakened past the seven-per-dollar level, its lowest in 11 years, after the People’s Bank of China, with the blessing of policymakers, set its daily midpoint at the weakest level in eight months.

Several investors viewed the move in the yuan as a direct response to Trump’s announcement of 10 percent tariffs on an additional $300bn Chinese imports.

The extra 10 percent duties Trump plans to implement from September 1 would mean he has now targeted virtually all of the roughly $550bn in goods America buys from China every year.

“The dollar strengthening presents another issue. For companies that do a lot of business outside the US, it all adds up.”

A weaker yuan and a stronger dollar pose challenges for US companies that do substantial business in China by effectively raising the cost of their goods for Chinese customers.

Adding to the tensions, China’s Commerce Ministry said Chinese companies have stopped buying US agricultural products, and that China will not rule out imposing import tariffs on US farm products that were bought after August 3.

Stocks could slide further if there are no signs of improvement in US-China trade relations before September, when the recently announced tariffs are to take effect, said Keith Lerner, chief market strategist at SunTrust Advisory Services in Atlanta.

“If China targets the American farmers, then that makes it much more politically difficult for Donald Trump to manoeuvre,” he said.

In an interview with Al Jazeera, Dan Wang, an economist based in Beijing, said that an escalation was inevitable.

“The US wants to eliminate its trade deficit with China. But from this point on, it looks more difficult because China is willing to take more volatility in its currency,” she said. 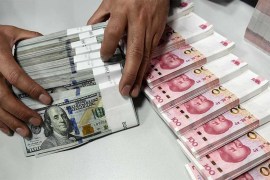 US designates China as currency manipulator

US Treasury Secretary Steven Mnuchin will engage with the IMF to eliminate ‘unfair’ competition from Beijing. 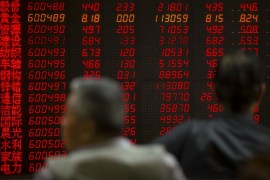 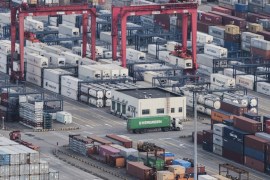 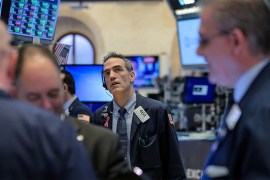