Investor-friendly policies can help Ghana and other countries in the region drive the next “gold-mining boom,” said Lebohang Sekhokoane, a mining research analyst at South Africa’s Public Investment Corp. Low-cost deposits in Mali, Burkina Faso, Guinea and Ivory Coast offer the long-term investment potential the PIC prefers, rather than the five to 10-year lifespan of projects in South Africa, she said.

“When you look at the gold sector in West Africa, that’s where the sun is rising,” Sekhokoane said in an interview on Wednesday in Johannesburg. “We expect to see more opportunities from West Africa.”

The PIC, which oversees about $150 billion of assets for more than 1.2 million South African state workers, doesn’t yet have any unlisted mining investments in the continent outside its home nation. The money manager can invest as much as 5% of its assets in such unlisted African projects across all sectors.

“Opportunities do exist and focus is shifting to other parts of the continent,” Sekhokoane said. “We obviously like to fund longer-term projects.” 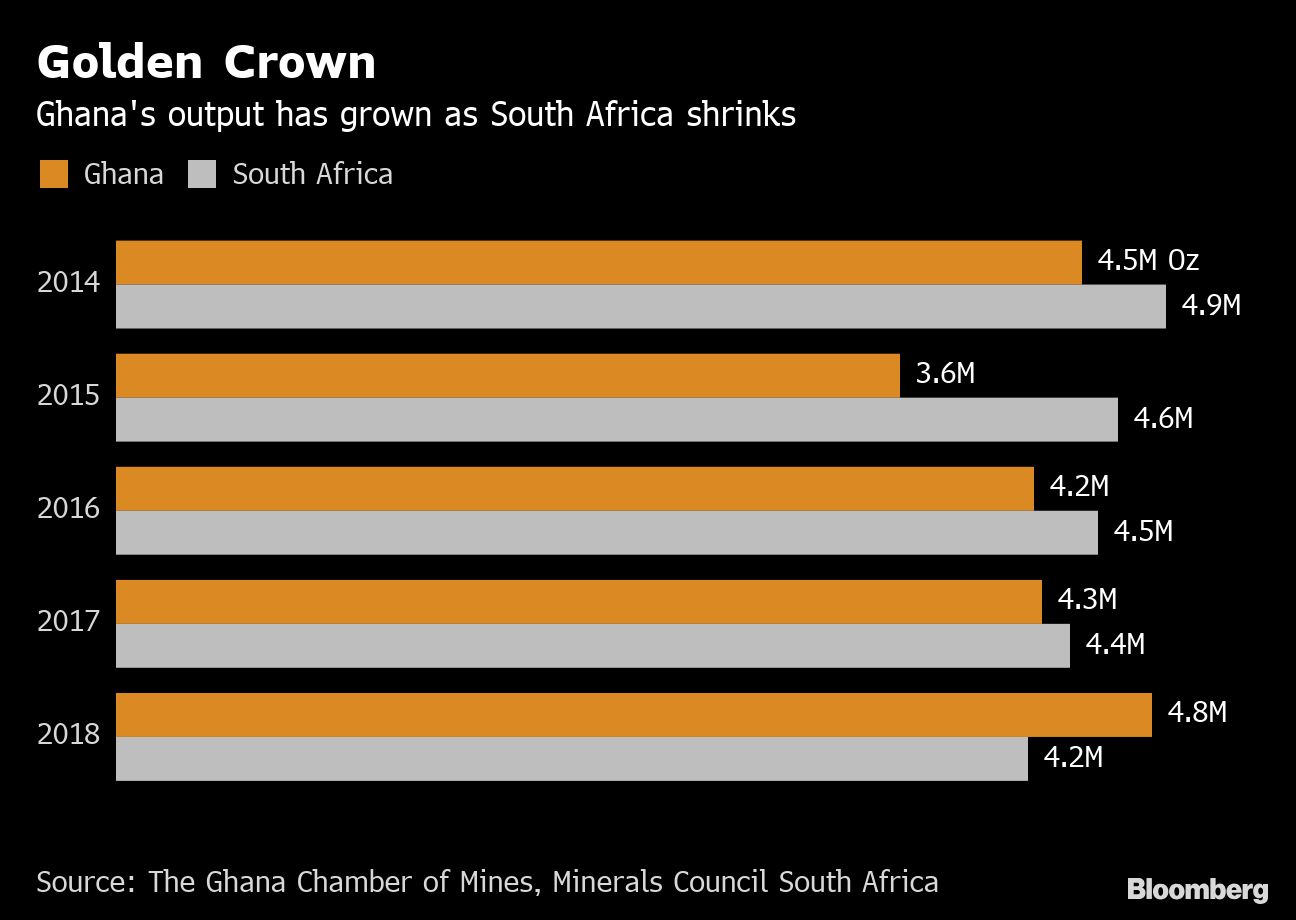 South Africa’s gold industry, which has produced half the world’s bullion ever mined, has been shrinking amid the geological challenges of exploiting the world’s deepest mines. AngloGold Ashanti Ltd. and Gold Fields Ltd. have shifted production to lower-cost operations, including West Africa, with the former in the process of selling its last underground mine in South Africa.

Both companies are expanding output in Ghana, which has leapfrogged South Africa to become the continent’s largest bullion producer. Gold Fields said production from the West African country jumped by 25% in the first half, while AngloGold Chief Executive Officer Kelvin Dushnisky has called Ghana’s Obuasi mine “an engine for growth.”

While the South African government has fixed some regulatory issues, there is “little incentive” to invest in the country’s gold mines, according to the PIC, which owns shares in both the Johannesburg-based producers.

“The South African sector is mature,” Sekhokoane said. “Compare that to new opportunities in West Africa where operations are shallower, making it easier to mine and there is an investor-friendly environment.”