By Tony Capaccio and Bill AllisonBloomberg

Acting Defense Secretary Mark Esper has proposed new exceptions from a pledge to recuse himself from decisions involving his former employer Raytheon Co., reflecting his move to the top of Pentagon decision-making.

Esper, who was the defense contractor’s chief lobbyist before coming to the Defense Department, sold his Raytheon stock in early 2018 under an agreement reached with the Office of Government Ethics when he became Army secretary the previous year. He’s still entitled to at least $1 million in deferred compensation after 2022 under that agreement.

Esper, who became acting secretary last month with the abrupt departure of Patrick Shanahan, said in a memo on his “Ethics Obligations and Screening Arrangement” dated June 24 that he’ll continue to recuse himself from “participating personally and substantially” in decisions that would have a “direct and predictable effect” on Raytheon’s ability or willingness to pay his deferred compensation benefits unless he receives a waiver. That provision was spelled out in the 2017 agreement.

But the new memo also provides for a waiver if a designated department official and an ethics officer agree that his participation in a matter that may directly affect Raytheon’s financial interests is “so important that it cannot be referred to another official.”

In addition, Esper said that he “may be allowed to be present in meetings and receive information regarding Raytheon when necessary to remain informed about matters of critical importance to national security and Department of Defense programs and budget.” He said the new provisions were devised “with the assistance of the Standards of Conduct Office” that oversees ethics issues at the Pentagon.

Raytheon was the third-biggest U.S. defense contractor in fiscal 2018, according to data compiled by Bloomberg Government. The Waltham, Massachusetts-based company has reached a deal to be acquired by United Technologies Corp., the sixth-biggest. That would expand the range of potential conflicts Esper may confront if he’s confirmed as defense secretary.

As set out in Esper’s financial disclosure form and ethics agreement, he “is entitled to continue to receive his previously earned deferred compensation payments, none of which is invested in assets of his former employer nor otherwise tied to its financial performance,” Pentagon spokesman Jonathan Hoffman said in a statement.

Esper will receive $1 million to $5 million in deferred compensation, reflecting the broad ranges that officials must disclose for the value of their assets.

The recusal screening process Esper has set out is similar to one used by Shanahan on decisions that could have benefited Boeing Co., his former employer. Shanahan stepped down from the Pentagon – and his stint as acting secretary – after reports surfaced of disputed domestic-abuse incidents in his family almost a decade ago. 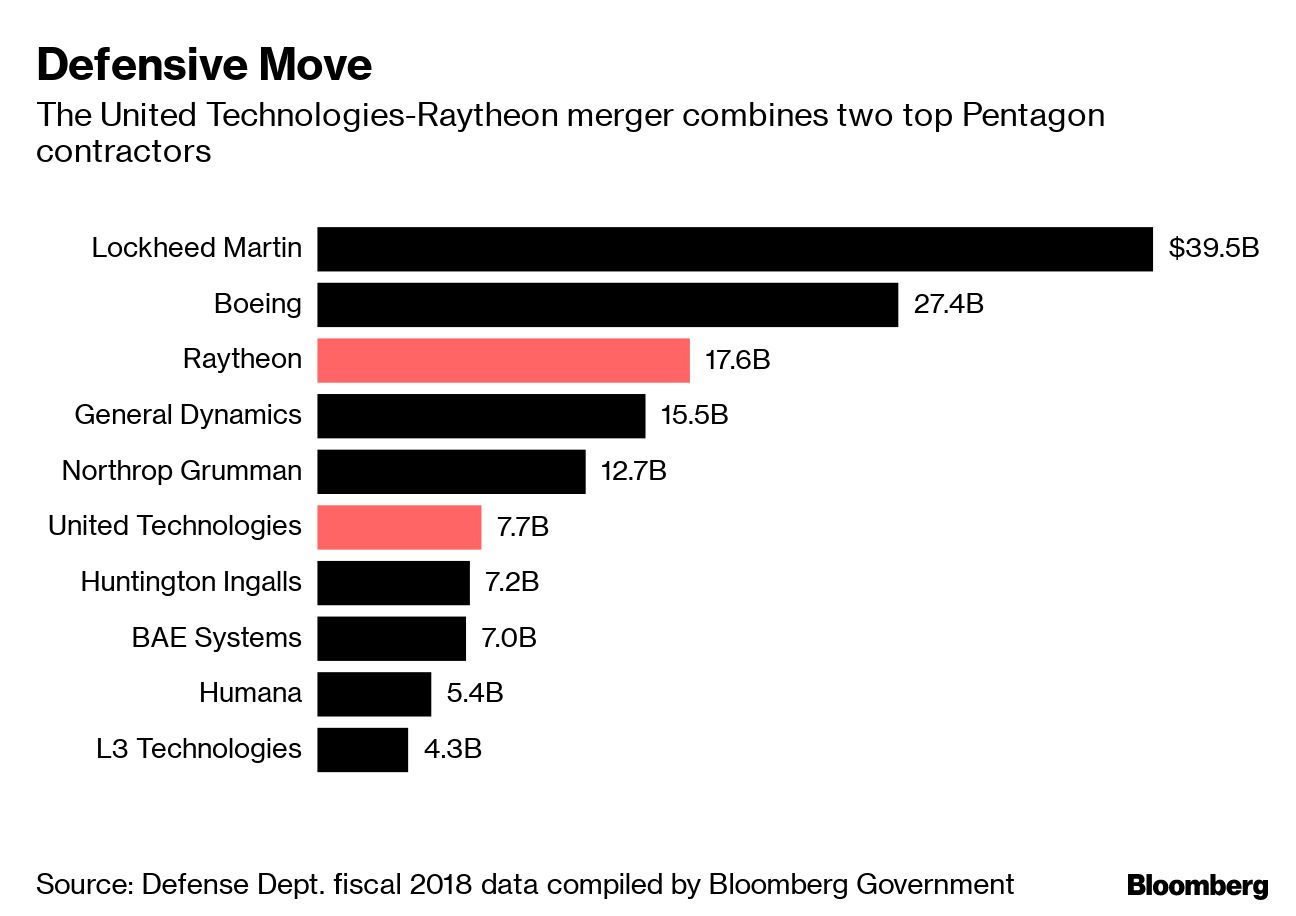 The White House has announced that President Donald Trump plans to formally nominate Esper for defense secretary. Shanahan’s messy departure all but guarantees Esper will be subjected to extra vetting by the FBI and the White House before he’s nominated and then by the Senate Armed Services Committee, which would hold his confirmation hearing.

Esper’s deferred compensation and ethics agreement were reviewed by the Office of Government Ethics when Trump nominated him for Army secretary, but that office doesn’t weigh in on screening arrangements for waivers from recusals like the revised one Esper has crafted. The office would review an updated version of Esper’s 2017 ethics agreement as part of his nomination process.

The ethics watchdog group that filed a complaint on Shanahan called for Esper to “take every measure possible to avoid even the appearance of partiality.”

“Given the magnitude of Raytheon business before the U.S. government, Esper should be recused from a wide array of issues that could pose a conflict of interest,” Aaron Rodriguez, press secretary for Citizens for Responsibility and Ethics in Washington, said in an email. “Due to the chronic ethics abuses across the Trump administration, we simply cannot give Esper the benefit of the doubt.”

In the memo on the new arrangement, Esper says that “to ensure that I do not inadvertently participate in matters which I should be recused, I am hereby directing each of my screeners to seek the assistance of” the Standards of Conduct Office “if he or she is uncertain whether I may participate in a matter.”

Esper also said in the memo that none of the ethics restrictions “preclude me from participating in a personal or official capacity in any social, ceremonial or similar event” involving Raytheon personnel.

Nor do they cover “broad budget and strategy discussions about acquiring or improving a general defense capability that is not specific to a particular weapons system or program,” he said.

One of the Pentagon’s biggest issues involving Raytheon is a flawed new missile-defense warhead that the U.S. is counting on to counter a potential intercontinental ballistic missile attack from North Korea.

Esper isn’t expected to have a role in crafting the Pentagon analysis of Raytheon’s proposed deal with United Technologies, which the department will submit to the Justice Department or the Federal Trade Commission. United Technologies makes aerospace systems, including engines for the F-35, the KC-46 aerial tanker and military helicopters.

In what may be an excess of caution, Esper mentioned one other connection that he said might require him to recuse himself from Defense Department decisions: his role with the athletic booster’s club at a suburban Virginia high school.