“The money was the result of misappropriation over 1 Malaysia Development Berhad funds, thereby you have committed an offence under the Anti-Money Laundering and Anti-Terrorism Financing Act 2001,” the charge sheets read.

Each charge carries a maximum prison term of five years and a fine of as much as 5m ringgit ($1.2m) or both. Riza pleaded not guilty to all charges.

1MDB, a fund set up by Najib in 2009 to kick-start investment into key areas of Malaysia’s economy, is under investigation in at least six countries around the world.

The Department of Justice in the United States estimates some $4.5b was misappropriated from the fund in the five years to 2014 and used to fund luxury properties, paintings, designer jewellery and Red Granite’s production slate. 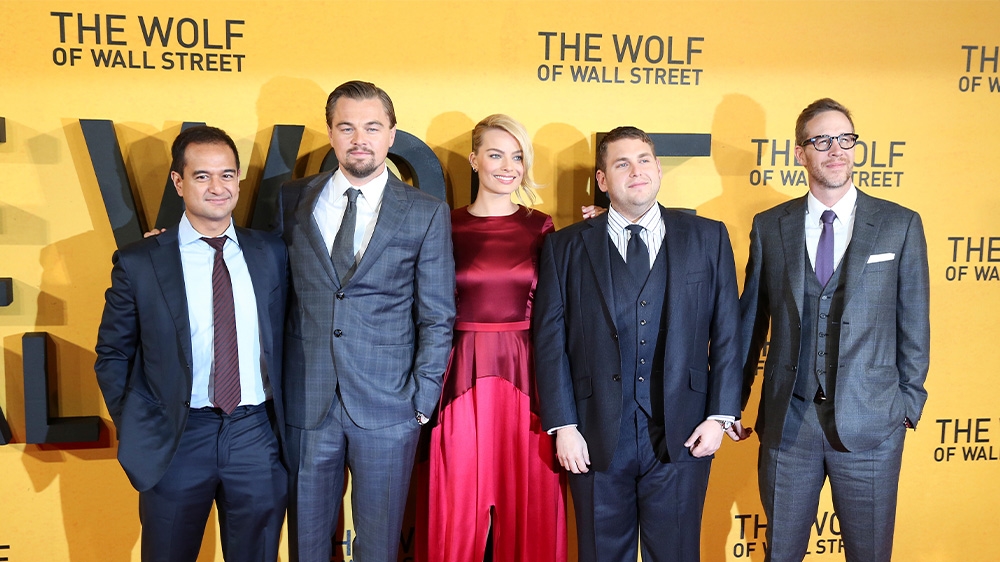 The Oscar-nominated “Wolf of Wall Street”, starring Leonardo DiCaprio, tells the story of financier Jordan Belfort who was jailed for securities fraud and money laundering in 1999.

Directed by Martin Scorsese and given an 18 rating for drug-taking and sex, the 2013 film was praised by critics and made nearly $400m at the box office. It was banned in Malaysia.

Suspicions were raised about the film’s funding when fugitive financier Jho Taek Low appeared at the launch party with Riza and co-producer Joey McFarland and his name appeared in the closing credits.

Jho Low’s whereabouts remain unknown and he denies any wrong-doing.

Prosecutors in the US have said Red Granite financed three films using funds they suspect were stolen from 1MDB.

The production company paid the US government $60m in September 2017 to settle a civil forfeiture claim over the rights to the Wolf of Wall Street.

The same year, as part of the investigation, DiCaprio returned an Oscar won by Marlon Brando that Red Granite had given to him to celebrate the Wolf of Wall Street’s success.

Najib faces some 42 charges over 1MDB and his first trial started, after repeated delays, in April.

Rosmah Mansor, Najib’s wife and Riza’s mother, has also been charged with money laundering and tax evasion in connection with 1MDB.