The United States Federal Reserve on Wednesday is set to launch its fifth interest rate-cutting campaign since 1995.

The long-awaited decision comes despite many strengths in the American economy. Policymakers at the US central bank have said repeatedly that the nation’s labour market looks robust.

A so-called “insurance” cut might be sufficient to minimise recession risks, which have multiplied because of President Donald Trump’s trade war with China and a broader slowdown in economies across Europe, Asia and Latin America. Brexit concerns in the European Union add to the less sanguine outlook for Fed Chairman Jerome Powell.

“We are not seeing US data on the economy screeching to a halt, but you do see slowing,” said Douglas Borthwick, an analyst at Makro Intelligence.

“If the markets see [the Fed] cutting rates, then they take pause,” Borthwick told Al Jazeera, describing loosened monetary policy as “more sugar from the punchbowl [to] enjoy while we can”.

He said “dovish talk from the Fed” would keep the economy chugging along and also promote currency movement that could aid US exports.

So how do recent figures for the US economy stack up historically? Which numbers favour a cut on the second day of the Fed’s policy gathering?

Low inflation: US consumer prices rose 1.5 percent in the 12 months through May, the same rate as the average since the Great Recession ended in June 2009.

But the Fed would like inflation at its two-percent target, and weak price gains have become a defining trait of what is now the longest US economic expansion on record – at 10 years this month. In contrast, inflationary pressures were well higher before rate cuts in 1995, 1998 and 2007.

Low inflation influences the Fed’s calculus in two ways. First, the Fed has room to maneuver. It can spark economic growth while worrying less about provoking above-target inflation.

Second, some policymakers worry the persistence of weak inflation could be a signal they miscalculated how high interest rates should be to keep prices on target. That could mean they hiked rates too drastically between 2015 and 2018. 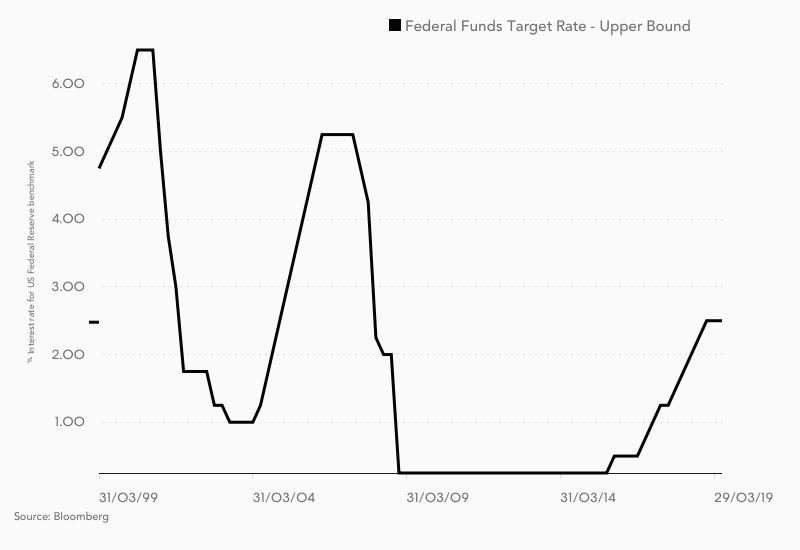 Cautious consumers: A United States Department of Commerce report on Tuesday showed that consumer spending rose by the smallest amount in months, as the stimulus from last year’s $1.5 trillion tax cut continued to fade.

Accounting for more than two-thirds of US economic activity, consumer spending rose just 0.3 percent in June. However, consumer confidence in July rose to its highest level this year.

Manufacturing woes: Powering about one-tenth of the US economy, manufacturing is the main sector already flailing in the face of a potential international downturn.

To be sure, the recent slowdown echoes a pattern seen before, on the eve of rate cuts that began in 1995 and 1998. In 1995, the US economy had become lethargic, and in 1998 the global economy was weakened by the Asian financial crisis and Russian economic tribulations.

Strong employment: Economists look at weekly reports about new unemployment benefit claims for early signs the US economy might be slipping into a recession, as the unemployment rate remains around a 50-year low.

Like other labour-market indicators, US jobless claims are not currently a reason for pessimism. Wages rose 0.5 percent in June, with savings also up.

Robust equities: The Standard & Poor’s 500 stock index sunk sharply prior to previous rate-cut cycles, and recession struck during two of those. But in 2019, the US stock market has hovered around all-time highs.

Given the variety of positive indicators, some economists are still not worried about signals that a recession is looming. Indeed, US gross domestic product grew at a better-than-expected rate during the second quarter, though 2.1 percent was a decline from 3.1 percent the previous quarter.

How will markets react?

As global uncertainty builds – in the shadow of Trump’s heavy-handed encouragement of a “large cut” – the Fed is most likely to cut interest rates by 0.25 percent, for the first time since 2008. Still, the move could be a one-off, with further cuts considered less likely.

US stock investors would probably cheer Fed easing, though people with interest-bearing savings accounts could lose out slightly from lower interest rates. Generally speaking, however, it is hard to predict how the economy will respond.

Reduced rates are thought to entice businesses and individuals to take out loans and make new investments, but many lending rates – including those for credit cards – are not directly pegged to the federal funds rate.

Despite low mortgage rates, the housing market has contracted for six consecutive quarters. Since the relationship between the Fed’s short-term rate and mortgage rates is complex – linked through 10-year Treasury bonds – it is unclear what impact a cut would have on the real estate sector.

Internationally, those who hold US fixed-income investments with higher yields may benefit from the Fed dropping rates, because the value of those bonds would increase on the secondary market. Similarly, it may be easier for borrowers with dollar-denominated debt to repay loans.

At the same time, other central banks could follow suit and cut their own rates, thereby “sterilising” the impact of the US monetary action.

But if the dollar becomes cheaper, countries that export goods to the US would be hurt when their products become relatively more expensive for Americans.

“Over half of the world has their currency linked in some form to the dollar,” said David Beckworth, an economist with the Mercatus Center at George Mason University.

“There is close to $12 trillion in dollar-denominated debt outside the United States,” he told Al Jazeera.

“Through these two channels, the strong dollar has been a drag on global growth. Consequently, the rate cut in July, and any further easing, stands to ease the strong-dollar noose on the neck of many economies.”