Netflix Inc. shocked investors by reporting a drop in U.S. customers and much slower growth overseas, a sign the streaming giant is losing momentum just as a competitors prepare to pounce.

The shares plunged as much as 13% to $314 in late trading after Netflix reported the loss of 130,000 customers in the U.S. — the result of higher prices and a weak slate of TV shows. It signed up 2.8 million subscribers internationally in the period, roughly half what the company predicted.

“Netflix has a difficult road ahead, with looming competition and the removal of popular content,” said EMarketer Inc. analyst Eric Haggstrom. But a stronger lineup of new shows in the current quarter could help attract former subscribers, he said. 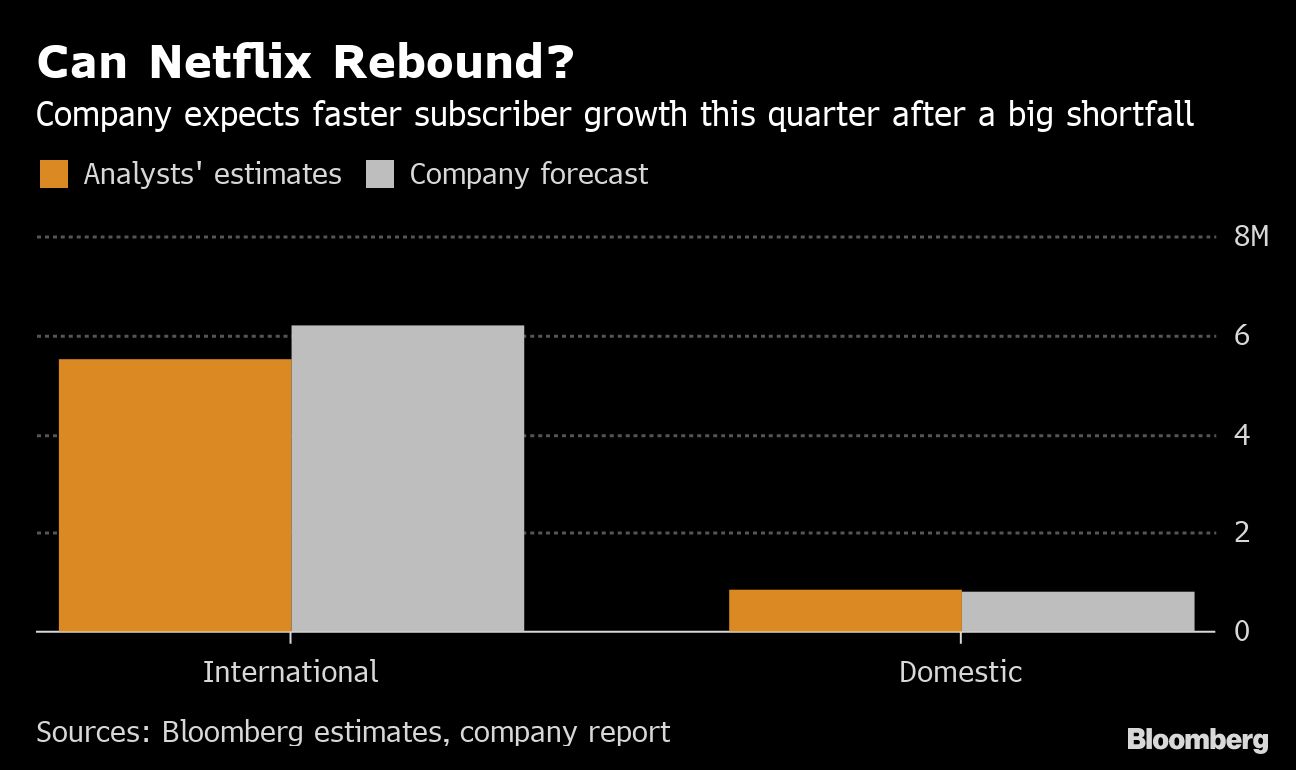 The quarter represents the biggest black eye for Netflix since 2011, when the company split its DVD-by-mail business from its streaming business. That moved raised prices for its customers, and resulted in more than 800,000 defections in the U.S. The company had planned to call the DVD service Qwikster, but it backpedaled on the plan after investors and customers scoffed at the idea.

Netflix gave a much more upbeat view of the current quarter. The company forecasts 7 million new sign-ups in the period, as several top shows — such as “Stranger Things” and “Orange Is the New Black” — return with new seasons.

For now, the second-quarter shortfall is renewing investor concern about the company’s heavy program spending and low profitability. The loss of customers in the U.S. was the first since the Qwikster debacle, and suggests Netflix may be running into price resistance or the limits of the addressable domestic market.

It has forecast it can reach as much as 90 million customers in the U.S., compared with 60.1 million currently.

Analysts expect the company to have a blockbuster second half because of a heavy release schedule. Even after the slowdown last quarter, Netflix still expects to have its best year of customer growth in 2019.

But competition is coming. Walt Disney Co. and Apple Inc. plan to introduce streaming services this year, while offerings from Comcast Corp. and AT&T Inc. arrive in 2020. Netflix has said these rivals won’t eat into its customer base, but competitors plan to take back rights to some of the service’s most-popular programs.

International results flagged too, with the company missing its own forecast of 4.7 million. It expects to tack on another 6.2 million in the current third quarter, along with a more modest 800,000 in the U.S.

Earnings for the second quarter fell to 60 cents a share, but beat analysts’ estimates of 56 cents. Sales grew 26% to $4.92 billion, compared with projections of $4.93 billion.

The stock had been up 35% for the year at the close of regular trading, nearly double the gain of the S&P 500. The decline spread to related stocks such as Roku Inc., which makes set-top boxes that deliver the streaming service. Its shares fell as much as 3.6% after hours.