India is looking to take a giant technological leap with a second unmanned mission to the moon, aimed at landing a rover near the unexplored south pole.

The blast-off of Chandrayaan-2 from Satish Dhawan Space Centre in Sriharikota in the southern Indian state of Andhra Pradesh is scheduled at 2.51am local time on Monday (2121 GMT, Sunday).

A successful launch will be the first among several nail-biting steps planned ahead, which, if successful, will put India in a select group of spacefaring nations.

Chandrayaan-2 is a multistage moon mission through which the Indian Space Research Organisation (ISRO) plans to place a spacecraft in the lunar orbit 22 days after the launch.

Nearly a month after that, on September 6 or 7, a landing craft carrying a rover should separate from the orbiter and attempt a controlled descent to land on the surface at the south pole.

ISRO is attempting what is called a “soft landing”, a feat achieved only by the former Soviet Union, the United States and China so far.

With India poised to become the world’s fifth-largest economy, its space ambitions are also commercial.

Chandrayaan-2’s economy class $141m price tag covers the rocket, orbiter, lander, rover and the scientific payloads – $9m less than what SpaceX charges for its Falcon Heavy launch services that simply take up and drop off payloads into Low Earth Orbit.

During her budget speech in parliament on July 5, weeks after she was sworn in, India’s Finance Minister Nirmala Sitharaman announced the creation of a new public sector enterprise: New Space India Ltd.

She made it clear that ISRO’s ambitions to reach the moon and beyond are integrated into the government’s blueprint to create a $5 trillion national economy by 2025.

“New Space India Limited has been incorporated as a new commercial arm of the Department of Space to tap into the benefits of research and development carried out by the ISRO. The company will spearhead commercialisation of various space products, including production of launch vehicles, transfer of technologies and marketing of space products,” she said.

ISRO chairman Sivan said 500 universities and 120 companies across India participated in developing and managing various scientific and engineering programmes to make Chandrayaan-2 ready for the launch.

The launch of the moon mission follows the ISRO’s successful launch of Chandrayaan-1 in 2008, which placed a spacecraft in orbit around the moon and then launched a lunar impactor.

ISRO deliberately dispatched the 35kg Moon Impact Probe with the specific intent to smash it into the surface of the moon in order to analyse the particulates displaced by the crash.

That is when ISRO, with the assistance of NASA’s Moon Minerology Mapper on board the orbiter, discovered water molecules on the moon.

If Chandrayaan-2’s Vikram lander (named after Vikram Sarabhai, founder of India’s space programme) touches down safely, it will lower a ramp and release its main payload, the Pragyan rover.

In Sanskrit, Pragyan means “wisdom” while Chandrayaan translates as “a moon vehicle”. The Vikram lander will also be carrying three scientific instruments to study seismic activity, the surface’s ability to absorb and retain heat, and the moon’s ionosphere.

The Pragyan rover’s instrumentation will study the elements that make up the lunar surface, mainly the building blocks for water.

Once on the moon’s south pole, the lander and the rover will be powered by the sun, meaning their mission life spans will last one lunar day. That means almost 15 earth days of science and data gathering before the sun sets on the moon.

The orbiter has been outfitted with a variety of technologies to collect data on the moon’s surface composition and atmosphere. It will also map the terrain to probe where water in the form of ice is located. 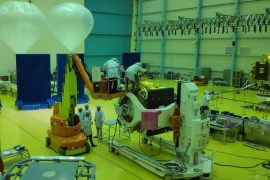 ISRO plans controlled landing of rover on moon which, if successful, will make India fourth country to achieve the feat. 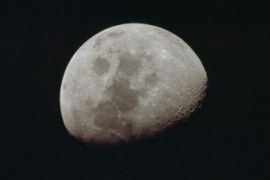 Who will win the new race to the moon?

Space agencies and private companies are eager to bring humans – and their plans for development – to the next frontier. 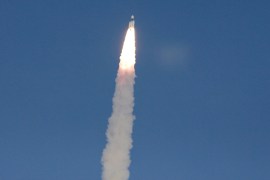 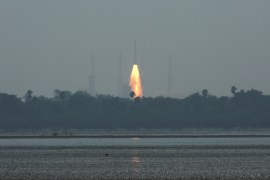 The Indian space agency places domestic and foreign satellites in three orbits on a single flight.