Daimler AG issued its fourth profit warning in just over a year, this time blaming higher costs to deal with an expanded recall for faulty airbags and additional funds set aside to address allegations of emissions-tampering in diesel cars.

The shares fell as much as 4.5% in German trading Friday. The carmaker now forecasts full-year earnings excluding some items to be “significantly” below last year’s figure. Last month, Daimler cut that metric to “level” compared with 2018.

The world’s biggest luxury auto manufacturer boosted provisions for a recall of vehicles fitted with Takata airbags to 1 billion euros ($1.1 billion). While issues with the Japanese supplier’s parts started years ago involving faulty inflators that propelled deadly shrapnel during accidents, Daimler said it discovered new potential issues during laboratory tests, and decided to recall vehicles as a precautionary measure. 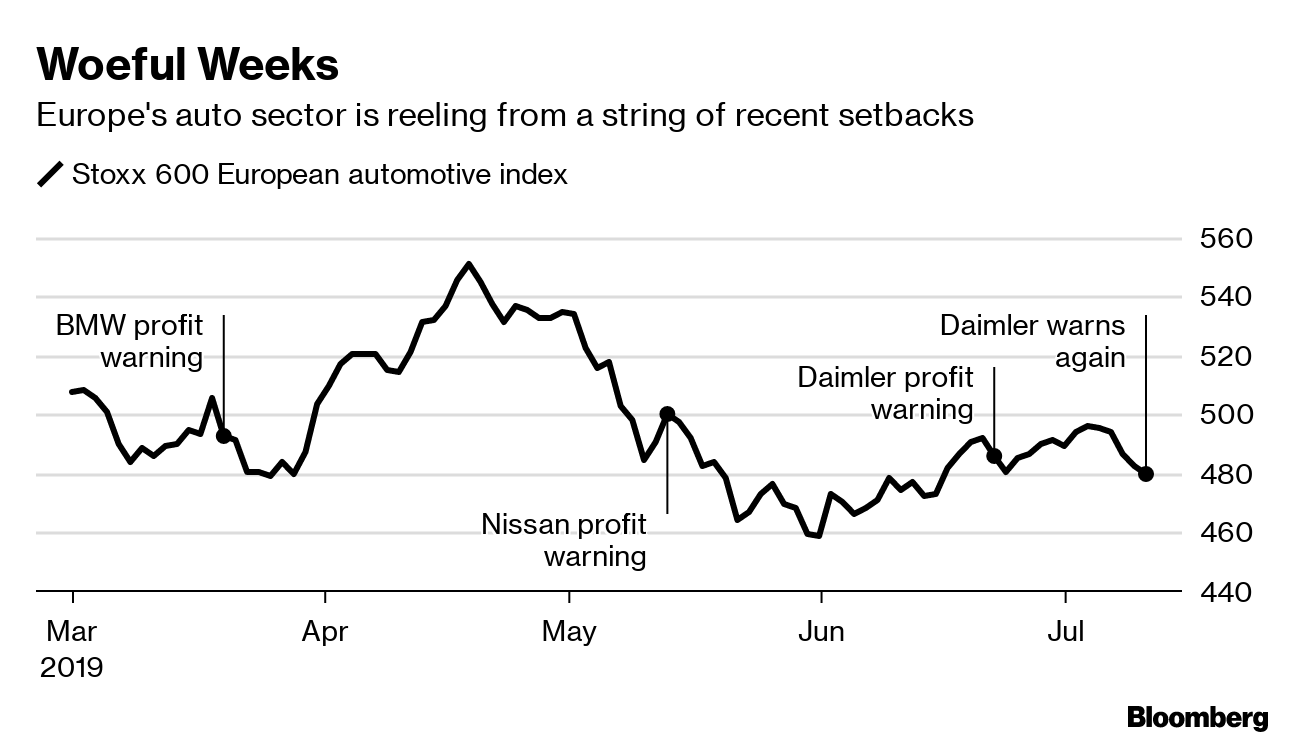 While other carmakers and their suppliers have warned of deteriorating results, Daimler appears worse hit amid spreading economic gloom. BASF SE, the world’s largest chemical maker, last week fired a warning shot across industries with its reduced outlook, blaming slowing markets and the impact of the U.S.-China trade war. Daimler’s second forecast reduction since Chief Executive Officer Ola Kallenius took over in May will put further pressure on his efforts to implement proposed cost reductions and restore profitability.

A slower-than-expected rollout of new models this year and tepid growth in automotive markets also played a role. The return on sales in the main Mercedes-Benz cars division is now expected to decline to between 3% and 5%, down from 6% to 8%.

Daimler shares traded 0.6 percent lower at 46.36 euros as of 11:24 a.m. in Frankfurt. Insurance contracts on the company’s debt are the worst performers in the iTraxx Europe index of credit-default swaps early Friday.

The German car industry is facing a litany of issues, from the costly switch to electric and self-driving cars, to the trade war between the U.S. and China that has complicated sales, because some of the biggest production sites sit in the U.S. and ship their cars to Asia.