Unlike most sovereign wealth funds, which are typically focused on generating wealth for future generations, PIF has a two-pronged mandate – it is also expected to develop domestic projects that will reduce Saudi Arabia’s reliance on oil.

That means PIF is acting as a cornerstone investor on some major hometown ventures with foreign investors expected to join in.

The projects include a high-tech economic zone dubbed NEOM planned for an area close to the size of Belgium, an entertainment park outside Riyadh called Qiddiya being built on a site two-and-a-half times larger than Disney World, and a luxury tourist resort off the Red Sea coast that will span more than 90 islands.

With the exception of Six Flags, a US theme park group which signed a deal to operate at Qiddiya, no other foreign partners or investors have been publicly announced for the ventures. Six Flags did not respond to a request for comment from the Reuters news agency.

Now, two years after the projects were announced, there is a risk they could be delayed or scaled back if foreign funding does not materialise because PIF won’t be able to put up all the money required in the current timeframe, according to two sources that spoke to Reuters.

PIF’s domestic responsibilities also make it more challenging for the $300bn fund to resume its previous frenetic pace of overseas investment. It has not made any foreign investments so far this year, according to Refinitiv data.

PIF declined to comment on the involvement of foreign capital and the effect the domestic projects could have on its plans.

It said it was still aiming to have a quarter of its assets invested abroad by next year, and half by 2030 compared with 15 percent currently.

PIF also said significant progress had been made in financing plans for the domestic projects.

“Each Giga-Project is developing tailored partnership and financing models, through discussions and coordination between PIF, the respective management teams and lending institutions,” the fund said.

It declined to say how much it has invested so far or the amount of financing being discussed. PIF does not release information about its financial performance.

The fund lost out on an estimated $100bn windfall when the initial public offering of oil giant Saudi Aramco was shelved last year. It has partially filled the gap by raising debt and selling a stake in a petrochemicals company.

For international investors, reputational risk is a factor when investing in Saudi Arabia. British billionaire Richard Branson suspended his directorship of the Red Sea Project after the murder of Saudi journalist Jamal Khashoggi last year by operatives close to Prince Mohammed.

Last week, the United Nations called for MBS to be investigated after it said there was credible evidence linking him to the killing. The government rejected the report.

A spokeswoman for Branson’s company, Virgin, told Reuters his position had not changed.

As the world’s largest oil exporter, Saudi Arabia has the means to step in if private funding doesn’t materialise for the projects. The state could inject fresh capital into PIF or finance the ventures from the central government budget but analysts said it would likely want to avoid that.

“The government has not stated any intention to inject fresh funding into the PIF and we think it will try to limit its on-budget exposure, conscious of still-high fiscal deficits and wanting to try to preserve its balance sheet strengths,” said Krisjanis Krustins, a director of sovereigns at Fitch Rating agency.

The government’s communications office did not respond to a Reuters request for comment. 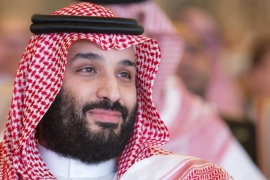 How much power does Saudi Arabia wield over the global economy?

Against the backdrop of Khashoggi’s death, we examine the dynamic between the tech world and Saudi oil money. 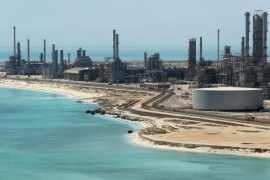 Saudi Arabia’s diversification effort will prove challenging with or without an Aramco IPO. 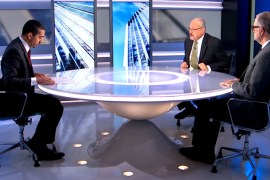 Khashoggi: Saudi Arabia can never be a democracy ‘on MBS watch’