By By Eddie van der WaltBloomberg

Bitcoin investors believe the world’s biggest cryptocurrency is in for material gains in 2020 due to a network quirk.

The halving — or sometimes referred to as the halvening, in a nod to the fantasy film and TV franchise ‘Highlander’ — is due on or around May 18 and is the process in which the reward Bitcoin miners receive for creating fresh Bitcoins will be cut in half. That’s by design and has happened twice before. In 2012, when the block reward went from 50 to 25 bitcoins, prices rose nearly 8,200% in a year. The gain in the 18 months after the second halvening in 2016 was more than 2,200%. 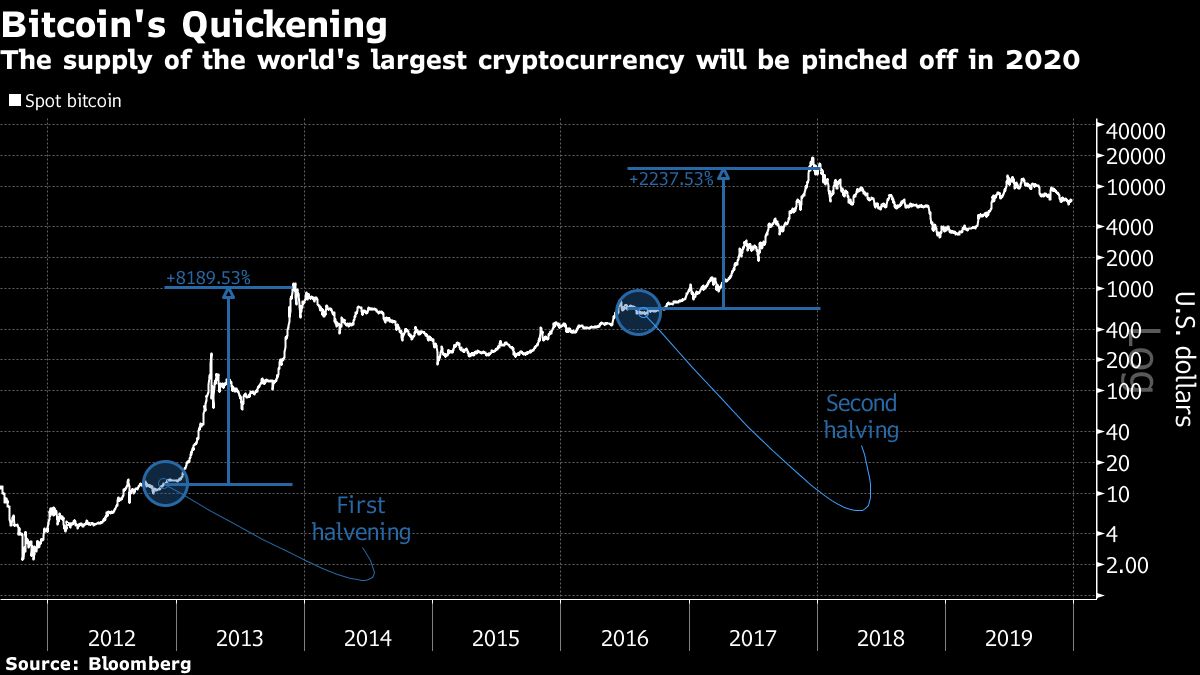 Of course, just two instances makes for a thin sample size. And there were other factors at those times, like incessant media attention fueling a Veblen-type mania in 2012 and 2017. One also can’t make price predictions by purely looking at supply. Meanwhile, demand looks a lot more scarce now than in previous years.

Plus, the public is also more acutely aware of Bitcoin’s longer-term structural issues that may hinder future upside. While it potentially addresses the problem of trust in a trust-less world, it’s generally cheaper to pay someone to act as a clearer than to expend the equivalent energy of a mid-tier country (just give this wonderful podcast a listen). Yet Bitcoin enthusiasts are keeping the faith in the halvening, so expect even the skeptics to keep at least half an eye when the event comes.