Saudi Aramco Chief Executive Officer Amin Nasser will find himself at the helm of the world’s largest publicly traded company when the shares of the giant oil producer start trading on the Riyadh stock exchange later this month.

It will cap a stormy year for the 60-year-old petroleum engineer, who’s proven a skillful survivor. He demonstrated his managerial prowess after the Sept. 14 drone and missile attacks that knocked out more than half of the state producer’s oil production: Aramco restored output within 11 days and continued to meet its commitments to customers.

Nasser also steered Aramco’s first bond issue, a $12 billion deal that was 10 times oversubscribed. The April sale, which earned him the nickname of the “$100 billion man,” underscored Saudi Arabia’s return to global capital markets after the kingdom’s ostracism over the assassination of columnist Jamal Khashoggi last year. Although the IPO has proven a tougher sell to international investors, its climax will cap almost four years of work for Nasser.

“Amin is a very experienced CEO,” Patrick Pouyanne, his counterpart at French oil major Total SA, said in a Bloomberg Television interview. “There is no precedent” for a deal like the Aramco IPO, he said. “We have never seen such a huge company being listed.”

Saudi Aramco pumps about one in every 10 barrels of oil globally and earns a bigger profit than any other company, easily outpacing U.S. titans such as Apple Inc. and JPMorgan Chase & Co. It’s the cash cow sustaining Saudi Arabia, and the central element in Crown Prince Mohammed bin Salman’s plan to modernize the kingdom’s economy. Aramco is selling a 1.5% stake.

Yet after the deal is completed, Nasser won’t have complete control of the company, making his job a political as well as managerial challenge.

Decisions about Saudi Aramco’s oil production lie in the hands of the crown prince and his half-brother, Energy Minister Prince Abdulaziz bin Salman.

The crown prince also appointed the head of the sovereign wealth fund, Yasir Al-Rumayyan, as Aramco’s chairman, putting a pivotal figure in Saudi Arabia’s economic policy at the helm of the board. 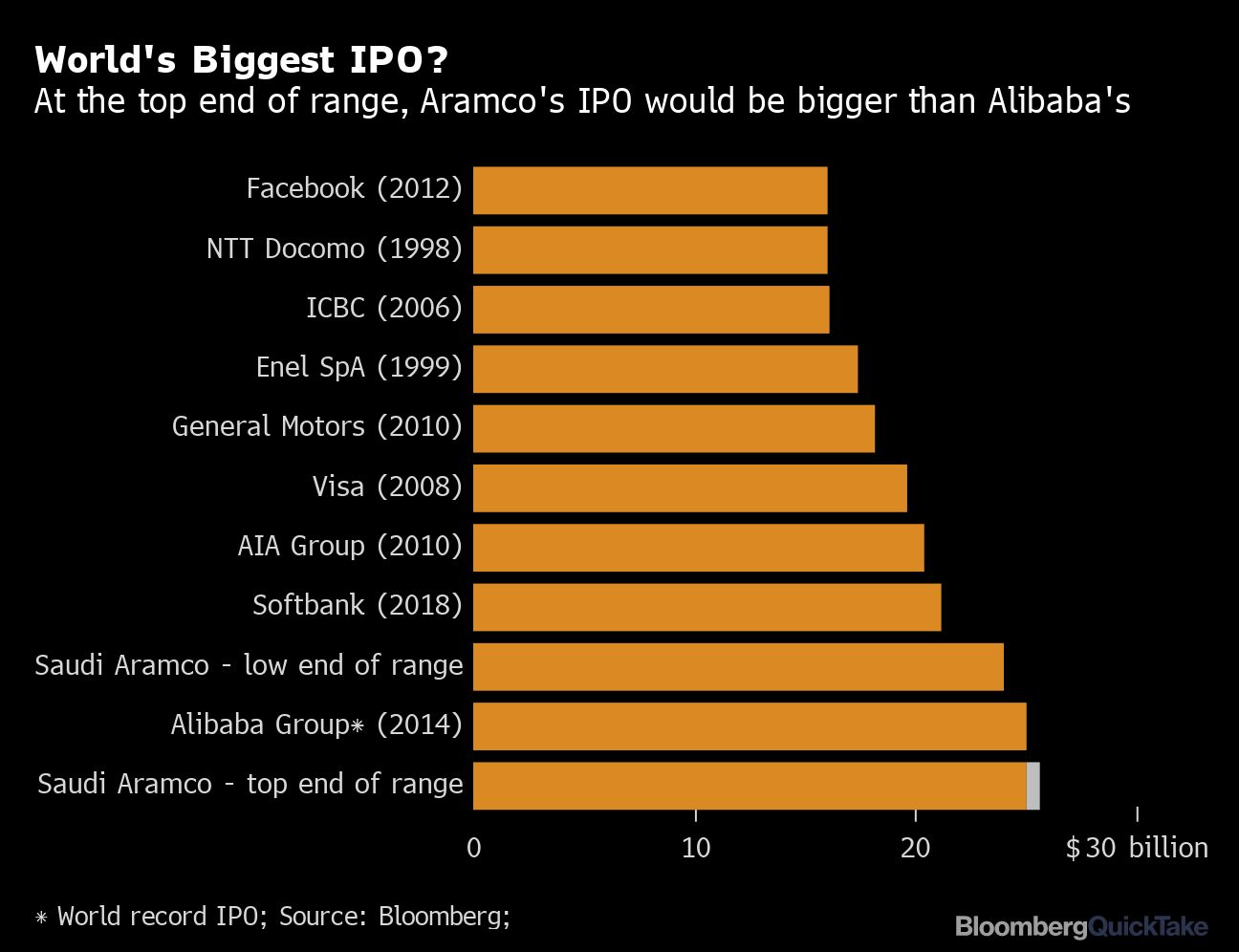 Nasser has worked his entire career at Aramco, and he often delegates tasks to his lieutenants to keep a firm grip on its sprawling business. For example, he and other executives shared responsibility for different legs of the inaugural bond roadshow earlier this year. When the company held its first-ever conference call to discuss earnings with analysts in August, Nasser let Khalid Al-Dabbagh, Aramco’s finance chief, do all the talking.

He marks a contrast with his predecessor as CEO and former chairman, Khalid Al-Falih, who had a more hands-on style and seized any opportunity to talk with reporters. While Al-Falih was skeptical of the IPO, Nasser was ready to blow with the political wind and get on with one of the crown prince’s most high-profile projects.

Al-Falih tried to oust Nasser due to their differences over payments for services Aramco provided to the ministry, according to people familiar with the matter. Yet Nasser remained in his post, and Al-Falih lost his positions as both Aramco chairman and energy minister.

Nasser is soft-spoken and quick to show a compassionate side, frequently asking employees about their family members and taking time to give advice to younger employees. He shows keen attention to details in meetings, according to other CEOs and staff members who have worked with him.

After the attacks on Aramco’s oil plants in September, he galvanized a companywide effort to douse the fires and make emergency repairs to each of the damaged processing facilities, or trains.

“Each train had a full team working on it ‘from A to Z’ to restore it,” Nasser said in a Sept. 17 interview in Jeddah, Saudi Arabia. “That helped us to put the facility back on stream.”

In his current role, he has accelerated his predecessor’s efforts to transform Aramco into the biggest producer of refined fuels and chemicals. In Asia, its main regional market, he’s linking joint venture projects with supply agreements that guarantee future Saudi oil sales.

Nasser has helped guide the oil giant to make acquisitions worth at least $90 billion in his four and a half years at the helm, according to data compiled by Bloomberg. His biggest deal so far, a $69 billion buyout of Saudi state chemical maker Sabic, is targeted for completion in the first half of 2020.

The wisdom of that strategy remains to be seen. While it brings Aramco closer to the final customer in fast-growing emerging markets, refining has tended to be less profitable than Aramco’s core oil-production business. As the company pays the higher dividends promised to support the share sale, it’s likely to have less money for expansion in any case.

Married and with three children, Nasser grew up in Saudi Arabia’s Eastern Province. He earned a bachelor’s degree in petroleum engineering at the King Fahd University of Petroleum and Minerals and joined Aramco upon graduating in 1982. Before becoming CEO, he headed Aramco’s upstream operations, managing the kingdom’s vast oil and gas fields, including the world’s largest crude deposit at Ghawar.

“Amin has done a great job balancing the company so that it has a strong upstream and downstream identity,” according to industry consultant and former Aramco executive Saddad Al-Husseini, who said Nasser used to report to him at Aramco. “He pulls people together and develops a group approach to tackle problems.”