The stock index of MSCI, a global data provider, on Thursday hit a record high and the United States dollar edged up along with US Treasury yields after reports the US has in principle reached a “phase one” trade deal with China. 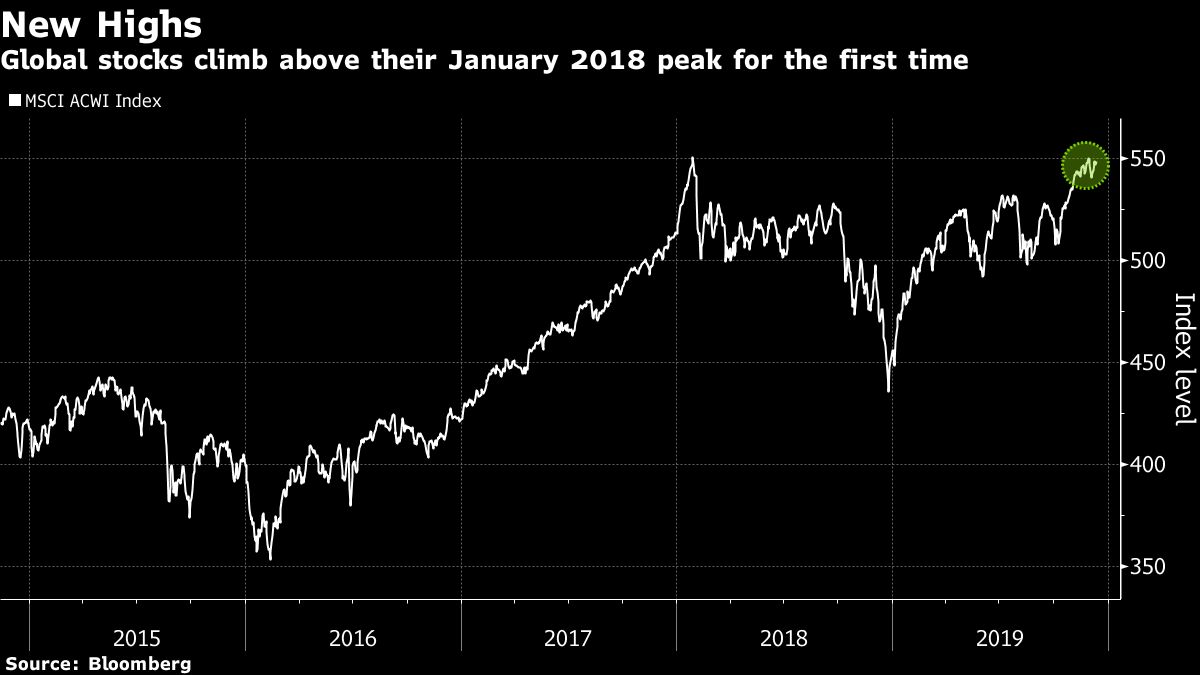 Citing two people familiar with the trade negotiations, Reuters News Agency reported that the US had offered to cut existing tariffs on Chinese goods by as much as 50 percent and to suspend new tariffs due to kick in Sunday with an aim to securing a deal.

While the US stock trading session ended without official confirmation of a deal, US President Donald Trump had encouraged investor appetites for risk early in the day after he said the countries were “very close.” This also pushed safe-haven gold prices lower while oil futures gained.

“I don’t think many people expect a definite conclusion to what’s happening between the US and China. But if we can reach some status quo and if things aren’t continuing to deteriorate, maybe that can be taken as a positive,” said Willie Delwiche, investment strategist at Baird.

The pan-European STOXX 600 index rose 0.33 percent and MSCI’s gauge of stocks across the globe gained 0.69 percent, surpassing the previous record reached in January 2018.

Earlier in the day, European Central Bank head Christine Lagarde had promised a strategic review of the bank’s workings and left its easy-money stance unchanged, as expected.

On Wednesday, the US Federal Reserve held interest rates steady and signalled borrowing costs will not change anytime soon, with moderate economic growth and historically low unemployment expected to persist through the 2020 presidential election.

However, US investors appeared to be laser-focused on US-China trade relations headlines, which have long been a major driver of volatility.

In currencies, the dollar jumped to a nearly two-week high against the safe-haven Japanese yen.

The dollar index, which measures the greenback against a group of major currencies, rose 0.23 percent, with the euro down 0.04 percent to $1.1124. The Japanese yen weakened 0.69 percent versus the greenback at 109.32 per dollar.

“We have seen a strong risk-on reaction in the FX markets,” said Vassili Serebriakov, an FX strategist at UBS in New York.

Sterling, the United Kingdom‘s official currency, had a volatile day, falling below its eight-month high against the dollar with voting under way in a UK election which could decide whether the UK exits the European Union or holds a referendum that could reverse the country’s Brexit vote.

If UK Conservatives, led by Boris Johnson, gain a majority, that would allow the stalled Brexit deal to be passed.