The money being committed to address climate change has jumped 54% this year in response to efforts to check global warming, according to a study.

Climate-related financing commitments since 2011 total $5.48 trillion globally, up from $3.56 at the end of 2018, according to Resilience Intel, a data aggregator that was formed by Citizens’ Climate Education and other nonprofit groups. More than half the total is from multilateral development banks, with the rest coming from other lenders and large financial institutions, climate bonds, private companies and governments.

Investment commitments have risen after the 2015 Paris Agreement spurred nations to take aggressive action on climate change. The world needs to slash greenhouse gas emissions 7.6% a year over the next decade to meet the Paris temperature goals, the United Nations Environment Program said Tuesday.

The transition to clean energy and lower emissions won’t be easy. U.S., Canadian, Chinese, European and Japanese banks have extended $1.9 trillion of financing to fossil-fuel companies in the previous three years and that financing is on the rise, Rainforest Action Network said in a March report. 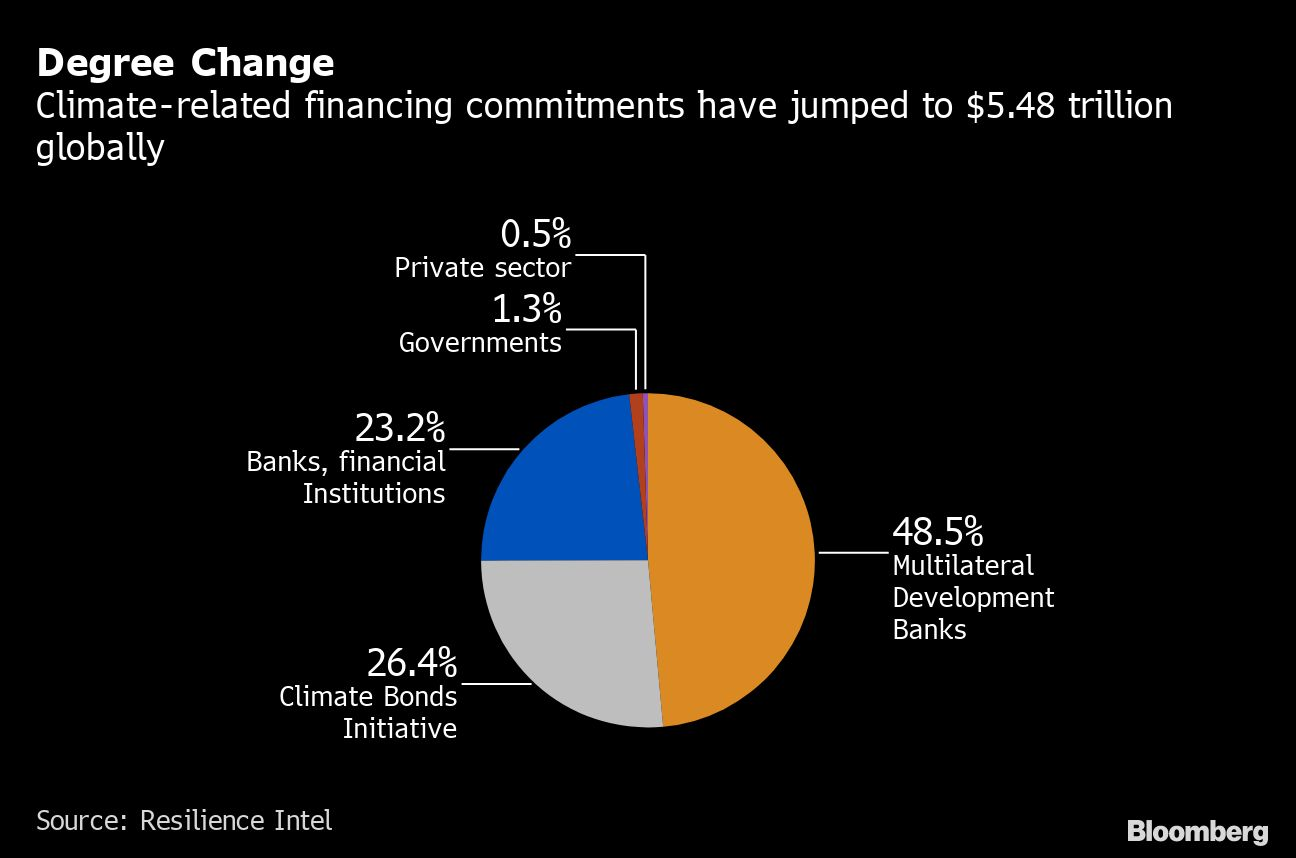 “The Paris Agreement framework, the race-to-the top framework, is working,” said Joe Robertson, global strategy director for Citizens’ Climate Education. “It suddenly became a lot easier for investors to see reallocating existing funds to have both the intended return on investments as well as the climate return on investment is just smarter.”

Ten large banks and financial institutions have committed to spending $1.27 trillion on climate-related investments by 2030, according to Resilience Intel.