A new report by a prominent rights group has accused four European development banks of failing to protect workers on palm oil plantations in the Democratic Republic of the Congo (DRC) from being exposed to hazardous pesticides and being paid very low wages, driving the levels of “extreme poverty”.

Human Rights Watch (HRW) said in its publication on Monday that the investment banks – CDC Group from the United Kingdom; BIO from Belgium; DEG from Germany; and FMO from the Netherlands – had failed to meet their obligation to ensure that the companies they finance are not engaged in abusive practices.

HRW found that the lack of oversight by the banks enabled the palm oil-producing company Feronia and its subsidiary, Plantations et Huileries du Congo SA (PHC), to commit abuses and environmental harm that infringed upon the health and labour rights of people working and living on or near three plantations in northern DRC.

The 95-page report, called A Dirty Investment, alleges that workers in the plantations have been exposed to dangerous pesticides, which causes serious health problems, and suffer abusive employment practices, including receiving wages that left them struggling to feed their families. The alleged abuses also include the dumping of industrial waste into waterways that provide drinking water.

“These banks can play an important role promoting development, but they are sabotaging their mission by failing to ensure that the company they finance respects the rights of its workers and communities on the plantations,” said Luciana Tellez, HRW’s environment and human rights researcher and author of the report.

“The banks should insist that Feronia remedies the abuses and commits to a concrete plan to end them.”

According to HRW, PHC is the fifth-largest private employer in the DRC and the largest in the agricultural sector. The three plantations cited in the report – Boteka, Lokutu and Yaligimba – span more than 100,000 hectares (247,105 acres).

The New York-based group’s report relied on fieldwork in the DRC between November 2018 and May 2019, when it conducted more than 200 interviews, including with 102 PHC employees residing on or near the sites.

HRW said it found that workers on the plantations are exposed to large amounts of dangerous pesticides due to the company’s failure to provide adequate protective equipment. It said many workers described experiencing health issues such as impotence, skin irritation, eye problems and blurry vision.

In parts of the three plantations, residents interviewed by HRW said their drinking water has been contaminated by PHC activities.

Dominique Azayo Elenga, a local leader in Boloku, told the rights group that he filed an official complaint in November 2018 with the company alleging that its untreated waste was contaminating the village’s only source of drinking water.

“My population [in Boloku] uses water that has dirt from the factory,” Azayo Elenga said. “They’re using it. I discussed it with Feronia but nothing has been done about it yet.”

The PHC director-general told HRW in April that he was not aware of any such complaints on his plantations.

Workers also told HRW that their wages do not cover their basic needs.

HRW further reported that women who work there are affected disproportionately – they report the lowest salaries and researchers visiting a palm oil mill in Boteka found that women were the only employees without protective equipment.

According to HRW, the alleged practices of PHC contravene the DRC’s labour law and international human rights standards.

HRW said the resource-rich country’s authorities have failed to ensure PHC’s compliance with domestic laws, adding that government agencies in charge of enforcing obligations in the DRC lack adequate resources.

Ilias Bantekas, an expert on business and human rights, told Al Jazeera that: “When companies engage in such practices and the state does little or nothing to stop them, the state is the one that violates human rights, while the corporation incurs criminal liability.”

Bantekas, a professor at Hamad bin Khalifa University in Doha, Qatar, said the lack of accountability could be attributed to poor justice systems in a host state and lack of transparency, which, in turn, can be “taken advantage of by strong foreign corporations”.

In Transparency International’s 2018 Corruption Perceptions Index, the DRC ranked 161 out of 180 countries.

For his part, Claude Kabemba, an activist from the DRC and executive director of Southern Africa Resource Watch, said the HRW report is significant because it turned the spotlight on alleged abuses beyond the mining sector in DRC, a vast country home to some of the world’s richest mineral resources.

“What is important about this report is that it shifts the scrutiny to the agricultural sector,” Kabemba told Al Jazeera.

While Damilola Olawuyi, an international law professor at Hamad bin Khalifa University who focuses on business and human rights, told Al Jazeera: “The PHC incident is a reminder to transnational business enterprises and development banks of the need to incorporate human rights due diligence into all spheres of their operations.”

In a joint statement released on Monday, the four banks acknowledged that the issues raised in the report were “important”, adding that “the company, owners and lenders are committed to tackling them”.

The banks noted they have invested $100m in Feronia since being involved in the turnaround of the business in 2013.

“Today, worker wages have tripled, protective clothing has been provided, a major worker housing renovation project is under way, 72 wells have been drilled or renovated to provide clean water, and restored medical facilities are helping thousands of patients every year,” the banks said.

They also emphasised that they work in a challenging environment and they are expected to do “the hardest things in the hardest places”.

In response, HRW’s Tellez told Al Jazeera: “It’s because the banks invest in fragile countries like the Congo that they should have robust oversight and accountability mechanisms.”

For its part, Feronia said in a statement in response to the report that it had done “a huge amount” since 2013 but recognised that “there is still a great deal to be done”.

“Working conditions have improved immeasurably and wages for PHC staff have doubled. Employees are now paid substantially above the minimum wage for agriculture in the DRC and the average worker earns $3.30 a day – higher than a teacher would earn locally.”

It also said that it has invested in safe drinking water and that it has spent $360,000 on personal protective equipment. 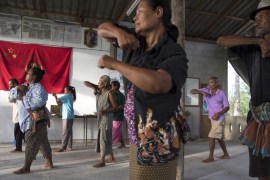 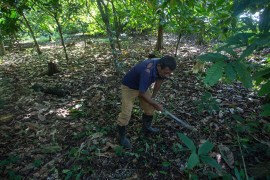 Death of Jakelin Caal in US custody highlights how land conflicts and displacement fuel flight from indigenous villages. 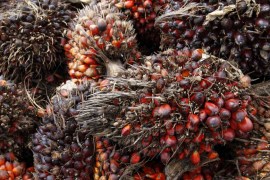