Bitcoin’s sell-off deepened on Friday, putting the digital token at the lowest level since May, after it dropped below yet another key support level.

The world’s most-traded cryptocurrency declined as much as 11% to $6,798, before trimming losses. Alternative coins such as Ether and Litecoin also slumped. For the first time since April, Bitcoin fell below its 200-day moving average without bouncing back, a signal that traders see the breach as a sign of weakness rather than an opportunity to buy.

Feeding the anxiety were lingering concerns about the status of exchanges such as Binance Holdings Ltd. in China after officials there formally announced a crackdown on crypto-related businesses. Binance has  denied  reports of a police raid of offices in Shanghai, saying it doesn’t have formal operations there as of now.

“There’s been a general apathy in the market, and low sentiment,” said Mati Greenspan, the ex-senior market analyst at eToro in Tel Aviv. “There was excitement when Xi Jinping said China needed to embrace blockchain, but it has faded and the market is returning to levels before” the Chinese president’s comments in late October, he said.

Technicals have a big role in powering trades for virtual tokens because they lack the kind of fundamentals that can be analyzed with traditional securities. Many investors say the tokens have little intrinsic value beyond the anonymity some seek for illegal financial transactions.

“Crypto traders get awfully superstitious about technical indicators, like momentum,” said Greenspan, who set up his own research outfit this week. The relative-strength index, which measures the velocity of a security’s price movement, is a technical signal of momentum.

Here’s what traders and analysts are saying:

Lou Kerner, a partner at CryptoOracle:

“We’re a pretty paranoid bunch in the crypto community. You hear a lot of conspiracy theories blaming the regulated futures market for the downward trend. I personally don’t see the tail wagging the dog there, futures volume is still relatively low and these mainstream products are very bullish for price discovery in the long run,” he said by email. “What we are likely seeing is a market that went too far too fast as       Bitcoin’s price nearly quadrupled in the span of six months, now it’s taking a breather and finding it’s footing.”

“The sell-off is completely based off the news from China. Many investors are forgetting that the recent clampdown we’ve seen on the crypto markets is not a new story,” he said by phone. “What Beijing is doing is they’re going to shut down everything until they get whatever currency they deem is sponsored by the PBOC. Bitcoin has erased all of its rally that stemmed from Chinese blockchain optimism, but bearish momentum could still deliver further losses next week.” 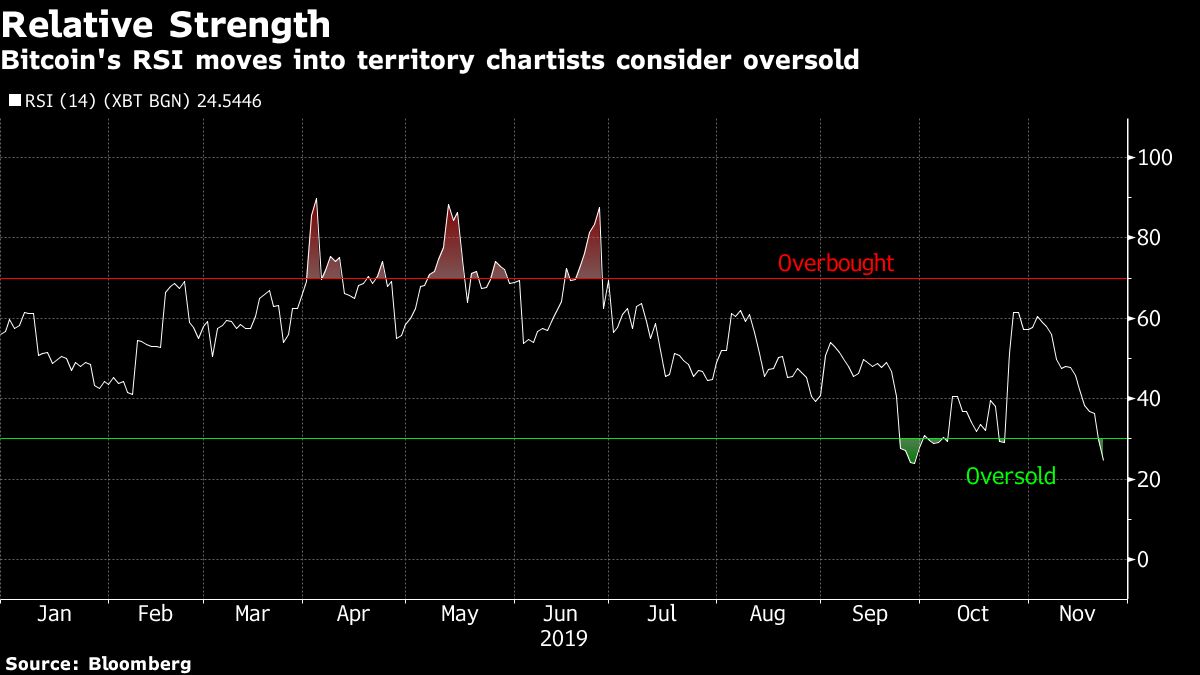 Rumors also persist that firms who mint new Bitcoins, known as miners, have been selling into the downdraft, Greenspan and others said.

–With assistance from Ye Xie and Kenneth Sexton.