By Andrea Jaramillo and Oscar MedinaBloomberg

Gross domestic product expanded 3.3% in the three months through September, compared to the same period a year ago, the statistics agency said Thursday. That was exactly in line with forecasts from analysts surveyed by Bloomberg.

Colombia has held out against the emerging market trend for interest rate cuts as its economy outpaces peers this year. All the other major inflation-targeting central banks in Latin America have cut interest rates in recent months as their economies slow. 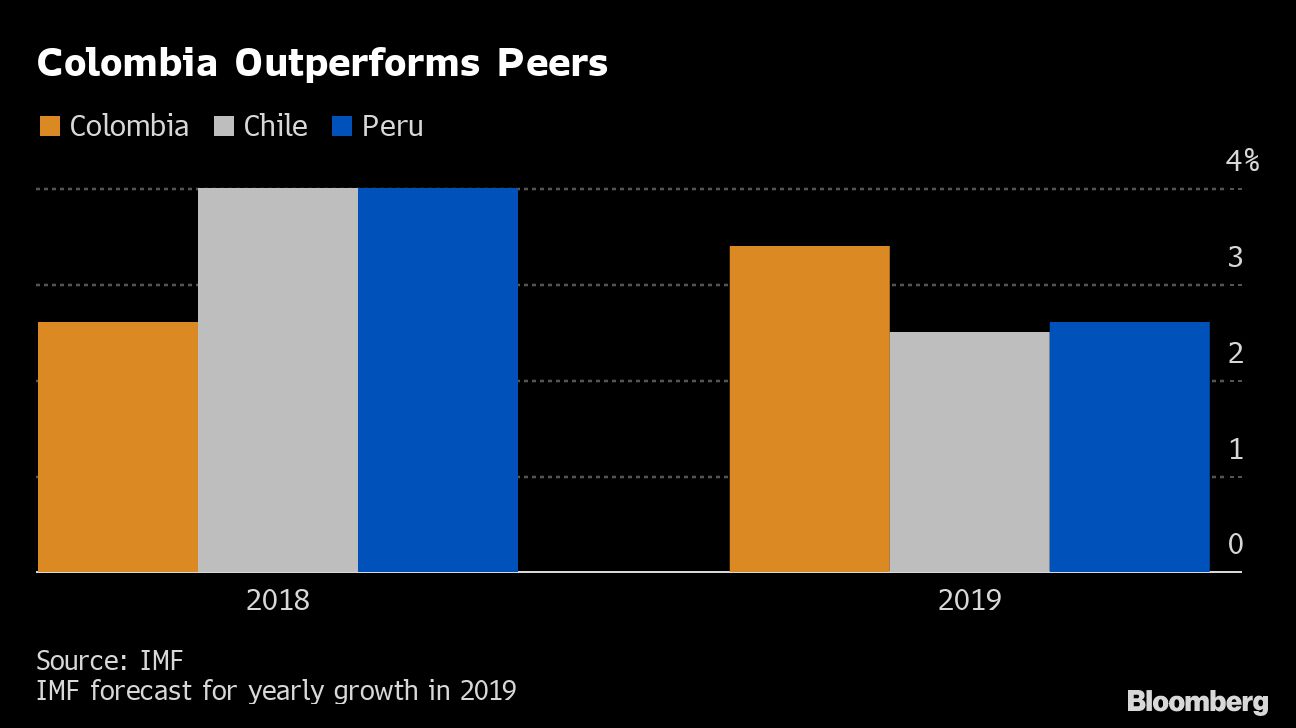 GDP rose 0.6% from the second quarter.

The International Monetary Fund forecasts Colombia will grow 3.4% in 2019, faster than Peru, Chile, Brazil, Mexico and Argentina. For Latin America and the Caribbean, it expects average growth of 0.2%.

Colombia has received about 1.5 million migrants from Venezuela in the last few years, and thousands more arrive every day. This may help explain why Colombia has the unusual combination of strong growth and a weak labor market, since many migrants find work in the informal sector, said Paulo Mateus, an economist at Goldman Sachs.

“Colombia has received a very strong migration shock,” Mario Castro, a strategist at BBVA said in a phone interview. “While the migrant population is very poor, they are not starving, and they are consuming.
Household consumption is what is explaining Colombia’s growth.”

The retail, wholesale and transport sector expanded 5.9% while financial services grew 8.2%. This helped offset the weak manufacturing and oil sectors, and a contraction in construction activity.