It’s getting harder to believe in Tencent Holdings Ltd.’s comeback.

Tencent was supposed to hit the comeback trail this year after a nine-month freeze on game approvals gutted its most profitable business in 2018. But a sharp Chinese economic slowdown, competition from up-and-comer ByteDance Inc. for internet traffic and advertising, and now tricky political considerations is snarling that recovery. That’s a key reason its stock has vastly under-performed arch-rival Alibaba Group Holding Ltd. this year, creating a gap of roughly $90 billion in their market valuation. But after a brutal couple of years, its long-awaited turnaround may come down to a game – good thing that game is Call of Duty, one of the best-selling franchises in industry history.

On Wednesday, Tencent reported net income of 20.4 billion yuan ($2.9 billion) in the September quarter. That came alongside a 90 percent drop in one-time gains – an item that tracks its vast portfolio of startups around the world – after swallowing charges for investments in connected automobiles.

“The results were unbearable,” said David Dai, a Hong Kong-based analyst with Bernstein. “Games and media advertising were especially bad.” 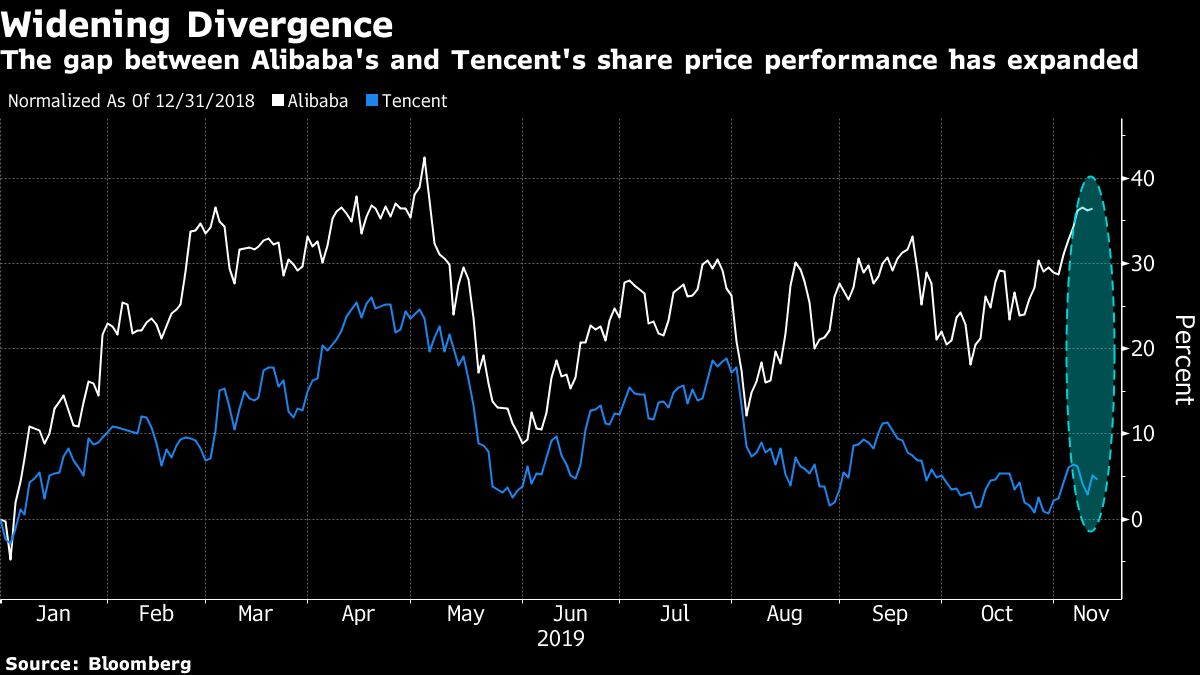 China’s economic slowdown is dousing revenue growth across Tencent’s platforms, dampening appetite for advertising among large brands as well as subscriptions to its video and music streaming services. Sales from media advertising, including on the Netflix-like Tencent Video service, plummeted 28 percent as marketers cut spending while major shows got delayed. Beijing’s decision to cap playing time for underage users is also prompting Tencent to spend more on producing AAA-rated mobile titles that appeal to a global audience.

“What we’re trying to do is to work through this difficult period and maintain the positive engagement of sport between the users and the sports franchise, and over time hope the problem will solve itself,” Lau told analysts on a conference call.

Tencent might see light at the end of the tunnel in the fourth quarter. It hit pay-dirt with its smartphone adaptation of Call of Duty. The game garnered more than 100 million downloads in the first week, putting it ahead of Nintendo Co.’s Mario Kart Tour. That was four times more than Fortnite’s mobile version managed. That strong debut positioned it to join the other mega cash-cows in Tencent’s stable: old favorite Honour of Kings and 2019’s standout hit, Peacekeeper Elite.

Longer term, Tencent owns stakes in some of the biggest US game studios and publishers, including the outfits that created household names Fortnite, League of Legends and World of Warcraft. The Chinese company is now counting on converting popular PC content for smartphones to re-kindle growth. The pipeline for such content stretches into 2022, the company says.

While Call of Duty downloads surged right out the gate, the trick now for Tencent is to get players spending in-game. It needs that revenue boost to offset pain in other parts of its business. Revenue still rose a respectable 21 percent in the September quarter, to 97.2 billion yuan ($13.8bn), helped by a fintech division that grew sales 36 percent.

Despite a tumultuous year, Lau said in February the company won’t scale back on investment. The company has sunk money into more than 700 portfolio companies, including 122 that have become unicorns worth $1 billion or more. In China, its portfolio companies are worth roughly $107 billion, according to data compiled by Bloomberg. But it’s likely a chunk of those associated startups face the same sort of external pressures as their giant backer.

“Video ads and subscribers remain under pressure,” Jerry Liu, a Hong Kong-based analyst at UBS, said in a report. “Investors are pricing in lower structural growth in gaming, pressure in advertising growth due to macro and competition, and more regulatory headwinds in online content.” 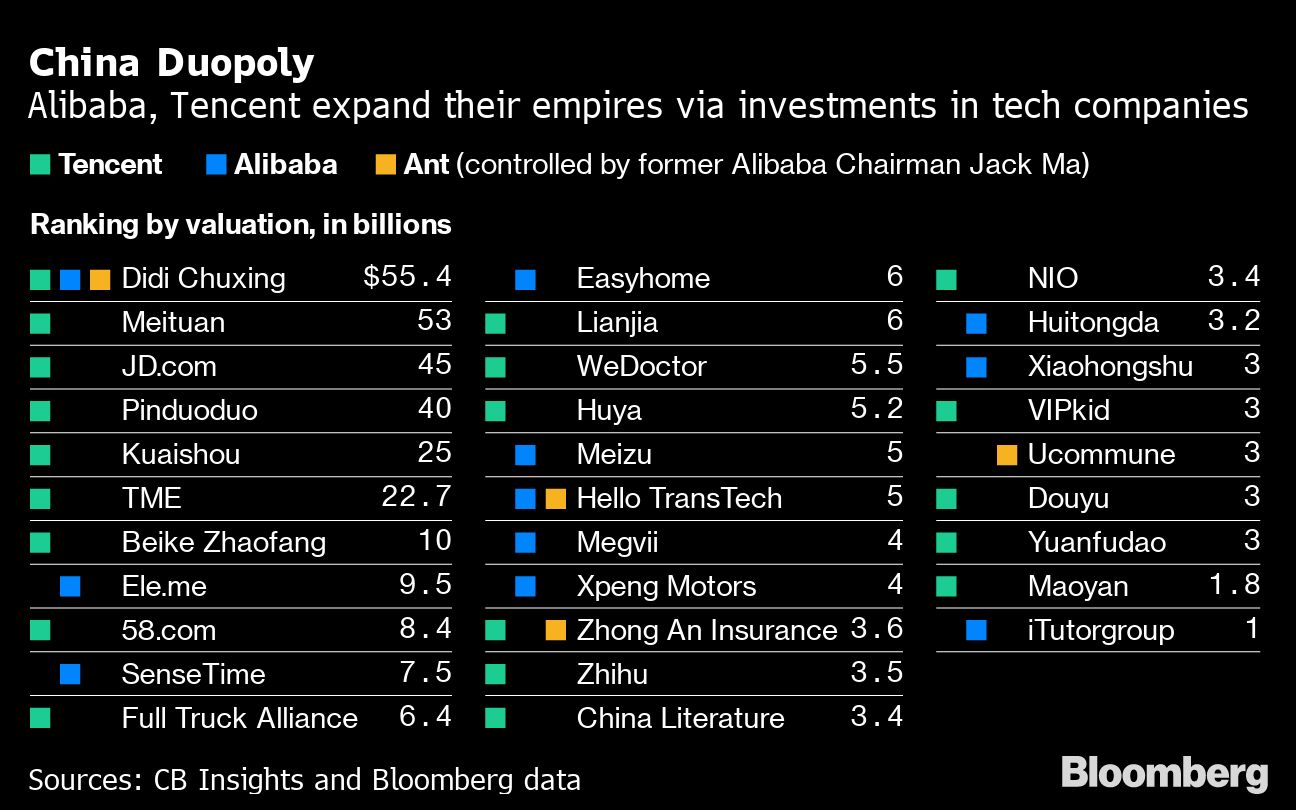