Zimbabwean doctors said they treated nearly 70 people for gunshot wounds while police rounded up hundreds after violent protests this week triggered by a steep rise in fuel prices.

The casualty list included 68 people who were shot, 17 of whom underwent emergency surgery.

The Zimbabwe Association of Doctors for Human Rights (ZADHR) said on Thursday its members had treated 172 people, some with dog bites, in private and public hospitals since Monday, when the demonstrations erupted in the capital, Harare, and the second city Bulawayo.

Three people died during the protests but rights groups, lawyers and witnesses said scores of people were beaten by soldiers, pointing to a heavy crackdown on dissent by security forces.

“There are cases of patients who had chest trauma and fractured limbs who were forcibly taken from hospital to attend court despite the advise of doctors,” ZADHR said in a statement.

The protests, only five months after six people were killed in post-election demonstrations last August, pose a challenge for President Emmerson Mnangagwa who promised to repair the struggling economy after he replaced long-time leader Robert Mugabe following a coup in November 2017.

State broadcaster ZBC said 600 people, including a prominent activist and an opposition legislator, have been arrested over the protests. A Zimbabwean lawyers’ group said it was so far representing more than 130 people arrested for protesting.

Evan Mawarire, a Harare pastor who rose to prominence as a Mugabe critic and led a national protest shutdown in 2016, will on Thursday appear in court to face public violence charges.

Courts dismissed two similar charges against him in 2017 for lack of evidence.

Zimbabweans had hoped Mnangagwa would make good on pre-election pledges to revive the economy and break with the Mugabe era, but Zimbabwe has fallen back into familiar ways.

Some businesses and banks reopened in the capital but others remained closed as calm returned on Thursday, a day after the three-day, stay-at-home strike called by the main labour union ended.

At a branch owned by Stanbic Bank, the banking halls were empty with no customers and workers. An official said workers did not report for duty because they could not find public transport. There were few public taxis on the road, leaving many people stranded.

Media platforms such as Whatsapp, Facebook and Twitter remained blocked because of a government order, leading to accusations that it wanted to prevent images of heavy-handedness from being broadcast around the world.

“Things are beginning to normalise now so going to work is the only option otherwise our families will suffer,” said James Vambe, a trader in Harare.

Because of hyperinflation and the devaluation of the Zimbabwean dollar, authorities refuse to use national currency in payments and instead accept US dollars, euros, South African rands and yuan.

Dollar shortages are battering the economy, rocketing inflation is destroying the value of citizens’ savings and the government is reacting forcefully to crush dissent. 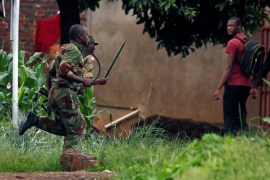 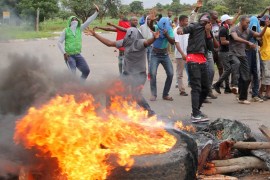 At least five dead in latest demonstrations that erupted after government hiked fuel prices by 150 percent. 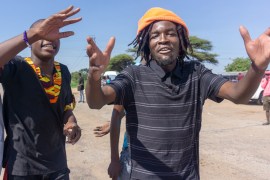 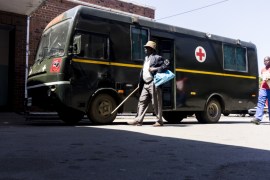