Islamabad, Pakistan – Pakistan has lifted all airspace restrictions for civilian flights, reopening a key transit air corridor over its territory almost five months after closing it in the wake of a military standoff with its eastern neighbour, India.

Pakistan closed its airspace for all civilian traffic after India carried out air raids on Pakistani territory on February 26, following a suicide attack in the Indian-administered Kashmir town of Pulwama earlier that month. India blamed Pakistan for the February 14 suicide bombing, a charge the latter denied.

Pakistan carried out its own retaliatory strikes on targets in Indian-administered Kashmir on February 27, with an ensuing dogfight seeing at least one Indian fighter jet shot down. Tensions defused slightly when Pakistan returned the Indian air force pilot who was shot down two days later, but both countries’ military forces remained on high alert.

India had also briefly suspended air traffic at eight airports at the time, mostly near its western border. Pakistan eased some air restrictions in April, but air traffic flying through India was still barred from using major air routes.

On Tuesday, flight-tracking service Flightradar24 showed several flights had begun to use the newly reopened routes over Pakistan.

A few hours ago, Pakistan reopened its airspace to all commercial traffic. Some fights have begun to revert to routings used prior to 27 February already.

See https://t.co/9NeSPvJkSy for relevant Notams and how the airspace has been affecting since February. pic.twitter.com/EYyFw3WJMT

A CAA spokesperson confirmed to Al Jazeera on Tuesday that the airspace had been reopened, but refused to comment on whether it was in response to any change in India’s military posture.

Pakistan’s military did not immediately respond to a request for comment.

In April, authorities in Pakistan reopened southern transit routes for flights over the country, allowing some civilian air traffic to fly through a coastal air corridor.

Air traffic along the country’s eastern corridor, however, remained suspended until the announcement on Monday night, causing major losses to airlines flying between western destinations and India by causing them to reroute around Pakistan.

The bulk of the losses affected Air India, the national flag carrier, which lost more than $71.65m. Other carriers affected including Indian carriers SpiceJet ($4.48m), IndiGo ($3.66m) and GoAir ($0.3m). 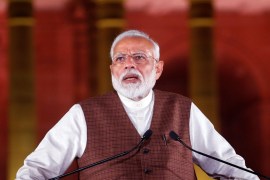 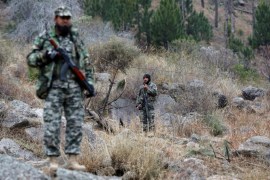