Iraq’s reliance on Iranian gas imports to satisfy its consumer needs has raised tensions with the United States in recent months as Washington tries to roll back Tehran’s influence in the region.

Washington reimposed sanctions on Iran‘s oil sector in November, citing concerns over the country’s nuclear and missile programmes and what it called meddling in the Middle East, including in Iraq, where Tehran has deep political and economic influence.

The US initially gave Iraq a 45-day waiver for imports of gas from Iran. It has since continued to exempt it from adhering to the sanctions by extending temporary waivers for Baghdad to import Iranian gas and electricity.

Despite this, Washington has insisted that Iraq must quickly achieve “energy independence” and seek “alternative and diversified” energy imports away from Iran.

By pushing Baghdad towards energy independence, Washington hopes to isolate Iran economically, according to analysts, while at the same time taking advantage of Iraq’s expansive energy resources.

“The US has two goals in pushing for Iraqi energy independence from Iran. The first is to further isolate Iran economically,” Max Abrahms, professor of political science at Northeastern University, told Al Jazeera.

“Secondarily, the goal is for the US to gain favourable contracts, partly by replacing Iranian imports,” Abrahams added. “After all, [US President Donald] Trump once notoriously advocated seizing Iraqi oil.”

After Trump called in 2017 for Washington to seize Iraqi oil as repayment for money spent waging war in the region, his defence secretary at the time, Jim Mattis denied such intentions.

However, the US has still pushed towards influencing Iraq and how it deals with its energy reserves.

In December 2018, US Energy Secretary Rick Perry travelled to Baghdad, urging the government to reduce its dependence on Iran and open its energy sector to US investment.

“The time has come for Iraq to break its dependence on others and move forward towards true energy independence,” Perry said at a conference organised by the US Chamber of Commerce, which brought a large trade delegation to Iraq.

“I’m here to tell you that America and its business community stand ready to assist you in that endeavour,” he added.

Despite vast energy reserves, Iraq relies heavily on Iranian gas to feed its power grid. It imports roughly 1.5 billion standard cubic feet of Iranian gas per day via pipelines in the south and east and uses Iranian natural gas to supply 40 percent of its electricity needs, according to official estimates.

Since these declarations, Reuters news agency reported that US industrial giant General Electric (GE) is potentially poised to win a large share of multibillion-dollar contracts to rebuild Iraq’s electricity system. The contracts include equipment to capture for use natural gas which is currently being burned off.

Intense US lobbying was reportedly behind Iraq’s decision to include GE in the megadeal along with Germany’s Siemens AG, which had been well positioned to win the lion’s share of contracts.

According to Ibrahim al-Marashi, an Iraq specialist at California State University San Marcos, Washington has been manoeuvering to win Iraq’s favour.

“The US desperately wants Iraq to sign a deal with GE to supply these [gas] needs,” Marashi told Al Jazeera.

“In order for Iraq to agree to the GE plan in the future, the US allowed Iraq to depend on Iran in the meanwhile,” he explained, referring to the US’s decision to extend on Saturday a waiver for Baghdad to import Iranian gas for another 120 days.

The US and Iran exchanged fiery rhetoric in recent days after the US held Iran responsible for an attack on two tankers in the Gulf of Oman last week.

But Marashi dismissed the effect of the incident on long-term US policies in the region, saying the US’s decision to allow Iraq to continue to import Iranian gas was proof of that.

Iraq’s lack of usable gas is a significant concern for the government as it is “linked to a very sensitive issue, which is electricity”, as explained by Iraq’s Prime Minister Adel Abdul-Mahdi in December 2018.

For this reason, Iraqi leaders have pushed back on Washington’s demand to cut off Iranian imports fearing a shortfall in power would lead to mass protests and domestic instability in a country that already suffers endemic power outages.

Last summer, mass demonstrations rocked areas of southern Iraq, as well as parts of Baghdad after Iran stopped supplying electricity to Iraq because of unpaid bills.

While the US hopes to speed up Iraq’s energy independence, analysts say Washington has been forced to give Baghdad more time to wean itself off Iranian imports.

“In the short-term, US firms would not be able to replace the supply from Iran,” Marashi said.

“In terms of meeting Iraq’s most pressing needs, the US perhaps realises that Iraq will need to survive the summer of 2019, and it can only do that with Iranian help,” he added.

Iraq energy expert Dergham Mohamed Ali agreed: “The US can only try to put political pressure on Iraq to stop importing Iranian gas, but it has not offered real solutions to the problem.

“Iran remains the main source of gas because of its proximity to Iraq and because of the shared gas pipelines they have,” he said.

It also hopes to end gas flaring from oil fields as 16 billion cubic metres are being burned off every day, costing the country nearly $2.5bn in lost revenue, according to official estimates.

Gas flaring is the burning of natural gas – also known as associated gas – that is produced in the process of crude oil production. Although associated gas is itself a valuable raw material for further processing, it must be separated from crude oil for the oil to comply with the applicable standards.

In petroleum-producing areas where there has been insufficient investment in infrastructure to utilise the associated natural gas, flaring is employed to dispose of it.

The Iraqi government took responsibility for developing Mansouriya gas field, located along the Iranian border, last year after international firms including Turkey’s state-owned TPAO and South Korea’s Kogas failed to resume development work following the defeat of the Islamic State of Iraq and the Levant (ISIL or ISIS) group in 2017.

Iraq has also given Kuwait Energy PLC joint responsibility for developing Siba gas field, south of the city of Basra, to help gain energy independence and satisfy its consumer demands.

Siba started producing natural gas last year, but Iraq continues to seek oil and gas contracts in 11 other blocks along its borders with Iran and Kuwait.

But security threats, which remain rampant in country’s west, have made progress slow.

“While Mansouriya and Siba are under development, work in Akkas, Iraq’s largest gas field, has been delayed. The area is still full of ISIL remnants and companies are worried about working there,” said Hamza al-Jawahiry, an Iraqi energy expert with 30 years of experience in the sector.

Ali agreed that the country’s security situation had affected Iraq’s ability to develop its gas reserves.

“The main gas fields are located in governorates that have been controlled by ISIL and they are not properly secured,” he said, referring to Mansouriya and Akkas.

According to Ali, political meddling from Iran may have compounded the problem.

“The delay in developing Iraq’s gas may have also been intentional [by some politicians] in order to continue keeping Iraq dependent on Iran.”

Despite these challenges, energy experts said Iraq had the potential to become not only self-sufficient but one of the world’s largest gas exporters if development plans moved in the right direction.

“Iraq is capable of satisfying its own domestic needs for gas within the next two years, if the fields currently under development are completed,” Jawahiry told Al Jazeera.

“There are also many unexplored gas fields, which if Iraq pays attention to, Baghdad can become one of the world’s largest gas exporters,” he added. 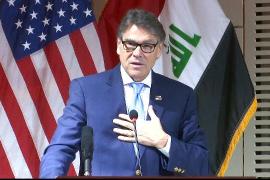 Iraq relies on Iranian gas for nearly half of its energy, but US sanctions are threatening the supply. 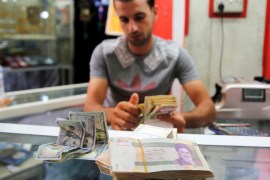 How US sanctions on Iran will harm Iraq’s economy

Iran’s cheap goods have long been stifling Iraq’s economy. The new US sanctions will further exacerbate the problem. 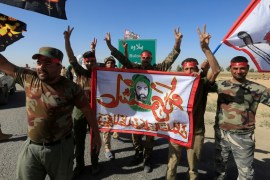 Iraq’s future stability and US regional interests depend on Iraqi Kurdistan. 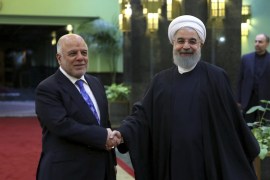