The armed wing of the Hamas group, which has fought three wars with Israel and faces financial isolation, called on supporters to send funds using bitcoins.

Abu Obeida, a spokesman for the Ezzedine al-Qassam Brigades, sent out a message calling for financial aid to be sent in the virtual currency as the group faces international sanctions.

“Support the resistance financially through the bitcoin currency,” Obeida said on Tuesday, adding the exact mechanism would be announced later.

It was the first time the Qassam Brigades appealed for financial support through a digital currency.

Bitcoins are the most popular of the so-called “cryptocurrencies”, a digital form of money that can be used to pay for some transactions online.

Transactions via bitcoins can be done anonymously and are not backed by any government or central bank.

Hamas, which runs the Gaza Strip, has faced financial dire straits in recent years as banks have sought to ensure they have no dealings with the organisation.

The statement also accused Israel of seeking to cut Hamas’ access to finance.

Hamas officials said its military wing receives significant support from Iran, although the routes through which these funds are transferred are opaque.

Bitcoin has faced criticism in the past over underground websites where people have used the currency to buy drugs and guns. 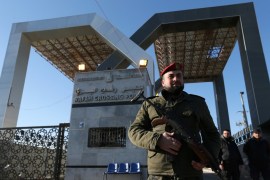 Border crossing to reopen for three days, weeks after Palestinian Authority pulled its staff from there. 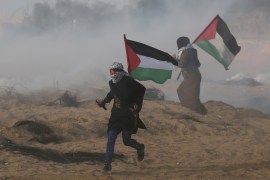 Hamas rejects Qatari aid over conditions laid down by Israel

The $15m fund was the third of six planned tranches to pay salaries of Hamas employees and support impoverished Gazans. 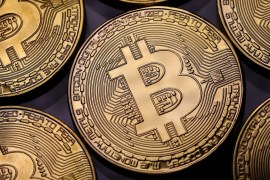 Bitcoin: Know the risks before you buy

‘Bitcoin is right now the riskiest investment you can make.’ Here are the risks you should consider before you buy.