Beirut, Lebanon – The Arab Economic and Social Development Summit has kicked off in Lebanon’s capital, overshadowed by political rifts and poor attendance among Arab heads of state, many of whom pulled out at the last minute.

The 20 countries taking part in the summit on Sunday aim to make a joint statement on a 29-item agenda that ranges from discussions on an Arab free trade zone and the economic effect of Syrian refugees on host countries.

The summit takes place amid increasing political and economic instability in Lebanon, which hosts hundreds of thousands of Syrian and Palestinian refugees.

The economic meeting is a prelude to the actual Arab League summit taking place in Tunisia in March.

The brief visit snubbed speculations that circulated across Lebanese media on Saturday that Qatar would pledge coverage of all the summit’s costs as well as a deposit of $1bn in Lebanon’s Central Bank.

In his opening speech, President Aoun reiterated calls for the “safe return” of Syrian refugees to their homeland “without linking this return”.

In addition to the Qatari head of state, only Mauritania’s President Mohamed Ould Abdel Aziz joined Aoun at the official summit meeting. Other countries have sent prime ministers and foreign ministers as representatives at the meeting.

The summit has been marred by divisions among Lebanese politicians and regional leaders over the reinstatement of Syria into the 22-country Arab League and the status of Syrian refugees in host countries.

Although it has a lower profile than the Arab League summit, the meeting has attracted heads of state in previous years since its launch in 2009.

But after Libya decided to boycott the summit following an incident which saw members of the Amal party – an ally of the Iran-backed Hezbollah – tear down and burn its flag near the summit venue last week, leaders’ attendance began to trickle.

Amal, a Shia group, is opposed to Lebanon having ties with Libya because of the disappearance of Imam Musa Sadr, the movement’s founder, during an official visit to the country in 1978, then under Muammar Gaddafi’s rule.

Speaking at the opening of the summit, Aoun said that Lebanon would suggest solutions for safe refugee returns in the meeting’s final statement.

“The president is expected to issue a statement today regarding the refugees and displaced people in Arab countries. He’s also expected to launch an initiative with regards the reconstruction in devastated countries,” the Lebanese presidency’s general director, Antoine Choukair told Al Jazeera.

President Aoun hopes his initiative will help set up a funding structure to rebuild Arab countries devastated by wars. The discussion during pre-summit meetings have focussed on the rebuilding of Somalia and Yemen, although the fund is expected to include Syria as well.

A major point of contention before the summit has focussed on whether Syria should be reinstated as a member of the Arab League following Syrian President Bashar al-Assad taking control over most of his war-torn country.

While Lebanese Foreign Minister Gebran Bassil called for Syria’s return to the Arab League during a pre-summit meeting on Friday, the group’s Secretary-General Ahmed Aboul Gheit told journalists at a press conference that there was no agreement over Syria’s return.

Part of the contention around Syria also relates to Article 13 of the proposed summit statement, which discusses the return of Syrian refugees to their homeland.

The summit takes place amid increasing political and economic instability in the Mediterranean country.

A civil society group and the Lebanese Communist Party plan to stage a march at noon from Sunday from Babir, a deprived area in Beirut, to the Ministry of Finance.

The demonstrators say they want an end to the dire economic situation in the country, which they believe the summit will do little to alleviate.

“We are sending a message to those in power to tell them they are fully responsible for Lebanon’s economic breakdown,” Ayman Moue, an activist involved in organising the protest, told Al Jazeera.

“We cannot count on this summit to improve the economy in Lebanon. It will not have any positive changes,” he added.

With legislators unable to agree on a new cabinet since a general election in May, Lebanon’s economic challenges have been compounded by its political instability. Protests demanding change have been ongoing for months.

Observers believe the summit’s poor attendance reflects a missed opportunity on Lebanon’s part to improve its economic and political standing.

“The attendance of Arab leaders would have supported Lebanon, a failing state economically and politically, and would have helped it relaunch itself on the Arab stage to how it was like before the Syrian crisis,” Mohanad Hage Ali, a political analyst at Carnegie Middle East Center, told Al Jazeera. 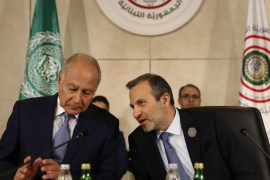 Qatar and Mauritania to join Arab economic summit, but Palestinian and Egyptian presidents pull out at the last minute. 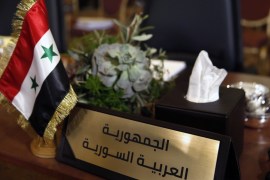 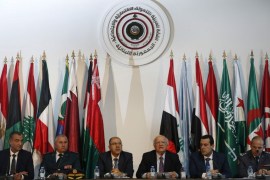