The European Union has said that it will retaliate against a US decision to impose tariffs on its steel and aluminium imports by imposing a levy on $3.3bn worth of American products, including clothing and alcohol.

The European Commission announced on Friday that it is imposing the countermeasures 10 days earlier than the American tariffs, which take effect on June 30.

At the same time, the EU said that it will legally challenge the US decision before the World Trade Organization (WTO), the Geneva-based body that settles international trade disputes.

“We’re not in a trade war but we are in a very difficult situation. It could escalate,” European Trade Commissioner Cecilia Malmstrom warned, adding that the US was “playing a dangerous game.”

“The EU needs to remain a strong leader against protectionism and unilateralism in support of rules-based trade,” Beyrer said.

Aside from Europe, the US tariffs also target Canada and Mexico.

In response, EU will impose sanctions on American jeans and bourbon drinks.

The timing suggests that Europe’s leaders are interpreting the US move as tactical, as the two sides compete over deadlines in regional trade negotiations.

Those talks were requested by US President Donald Trump, who came to power vowing to protect American blue-collar jobs. The original deadline set by the Trump administration was May 1.

“Given the unorthodox techniques deployed by the Trump administration to date, it looks like relations with the US are subject to a perpetual negotiation,” Plamen Tonchev, economist at the Institute for International Economic Relations in Athens, Greece, told Al Jazeera.

“One should remember that the imposition of sanctions on the EU has been postponed – twice so far.”

A trade war, however, should the US and EU stumble into it, risks causing enormous mutual damage.

According to the WTO, US merchandise exports were $1.5 trillion last year, with the EU being the biggest customer (18.7 percent).

The US is also the EU’s largest single customer. Extra-EU merchandise exports amounted to $1.9 trillion last year – an eighth of total output. Of this, 20 percent went to the US.

The EU is arguably even more heavily invested in the globalised economy than the US. It is now the leading source and destination for foreign direct investment, topping Washington – and has much to lose from protectionism.

A January report from the US Commerce Department argues that rising imports of steel threaten American national security.

The US singles out China, the world’s leading steel producer, as the country it wishes to exclude through tariffs; but China accounts for only 2.4 percent of US steel imports, and both the US and the EU have already slapped punitive tariffs that raise the cost of Chinese steel imports.

“There is a provision in the World Trade Organization [that says], if something needs to be done because national security allows it, you’re allowed to do it,” said Peter Chase, global trade expert at the German Marshall Fund.

“We are debasing that provision which we argued over for a long time. But we got away with it because we said, ‘we would never invoke this for base economic reason’. Now, we are. So we’re giving everyone else cover to do exactly the same thing, and I guarantee you the Chinese definition of national security is far broader than ours used to be.”

“Rising steel prices may help US industries fire up some furnaces in the Rust Belt that the American president presumably cares about,” he says.

“In addition, some American aluminium traders reportedly have huge stockpiles, which they will be all too happy to sell at higher prices. At least, that seems to be the idea behind Trump’s protectionist policy.”

US steel-using industries, which absorb three-quarters of US steel production, are concerned that tariffs will raise the cost of raw materials.

“We are deeply disappointed that the Trump Administration has decided to move forward with imposing steel and aluminium tariffs,” said a statement from the Coalition of American Metal Manufacturers and Users

Retaliation would harm US manufacturing, the coalition said. “The last time the US imposed steel tariffs in 2002, more than 200,000 American manufacturers lost their jobs,” added the statement.

On that occasion, the administration of George H W Bush reversed itself and lifted tariffs.

“What Mr Trump is doing is he’s taking trade, which is, in fact, a win-win proposition, and he’s making it win-lose; and in this case, lose-lose,” Chase, the trade expert, said.

“And the Europeans are trying to say, ‘if he’s not going to listen, then the people who get hurt from a silly move will write to their Congressman and say, ‘why do we have to pay for this?'” 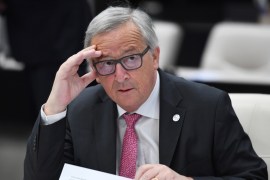 EU to impose measures against ‘unacceptable’ US metal tariffs

The European Union will announce retaliatory measures following US decision to impose steel and aluminium tariffs. 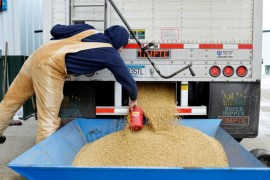 Still unclear when penalties will be imposed, but finance ministry closely watching how US will implement its actions. 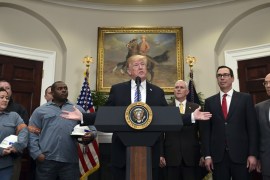