US President Donald Trump has said he expected to raise punitive tariff rates on hundreds of billions in Chinese imports as early as January 1, 2019.

Just days before a planned summit with Chinese President Xi Jinping, Trump also vowed to put tariffs on all remaining imports from China if the two sides failed to reach a deal, according to The Wall Street Journal.

Trump has already imposed tariffs on more than $250bn in Chinese goods – about half of the total imported each year – in an attempt to pressure the country to change its trade rules.

“If we don’t make a deal, then I’m going to put the $267bn additional on,” he told the newspaper, referring to the remainder of Chinese imports which so far have not been hit with tariffs.

“The only deal would be China has to open up their country to competition from the United States.”

If Trump decides to impose the new tariffs, the total amount of taxes on goods from China would be up to $517bn.

In September, Washington slapped 10 percent duties on $200bn in imports from China in an effort to get Beijing to reverse alleged unfair trade practices, such as the forced transfer of intellectual property and massive state intervention in markets.

The duties are due to rise to 25 percent at the start of next year – something US companies and markets are hoping can be averted.

Beijing was hoping Washington would call off the planned increase as a result of this week’s meeting between Trump and Xi at the G20 summit in Bueno Aires, Argentina.

If Trump goes ahead with the additional punishing duties, it would include Apple products produced in China.

He added that any potential backlash from US consumers could be tempered if the tariff rate on Apple products was just 10 percent, according to the newspaper.

“Maybe. Depends on what the rate is,” Trump said, referring to the possibility of tariffs on mobile phones and laptops.

“I mean, I can make it 10 percent, and people could stand that very easily.”

Apple Inc shares fell in after-hours trading after the interview was published. 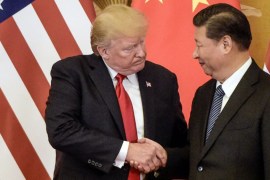 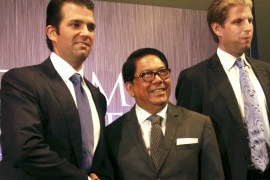 Making money has been the guiding principle of Trump’s foreign policy decisions. 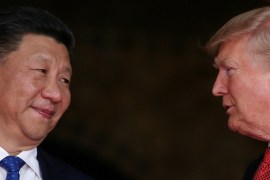 Beijing seen as Pyongyang’s closest ally and most important trade partner, but how much influence does it really have?