Over the past decade, the iPhone has transformed Apple into the world’s largest and most profitable technology company.

The tech giant is about to release its new iPhone 10, known as the iPhone X.

It has been hailed as the “future of the smartphone” and comes with new functions and innovations such as face-scanning technology. But when chief executive Tim Cook introduced the iPhone X at the new state-of-the art Apple headquarters, which reportedly cost $5bn to build, it was also the price that caught people’s attention.

With a price tag of around $1,000 for the basic model, the iPhone X is the world’s most expensive iPhone ever. It’s more than double the price of the first iPhone released a decade ago.

Apple is yet to release official retail prices for all countries, but so far, the most expensive place to buy the iPhone X is Hungary – where it will cost almost $1,500. The cheapest countries are the US and Japan.

In many countries, the monthly median household income does not even come close to the price tag of an iPhone X. In Brazil, households make just $627 per month. In China, it’s $515 – meaning a household would need to work for two months just in order to afford the device. In Nigeria, at $222, the average family makes only one fourth of what one new iPhone X costs. In Senegal – with an average monthly per capita income of $79 – it would take more than a year to be able to purchase the new smartphone.

The following graphic compares the cost of an iPhone X with average monthly salaries in different parts of the world. 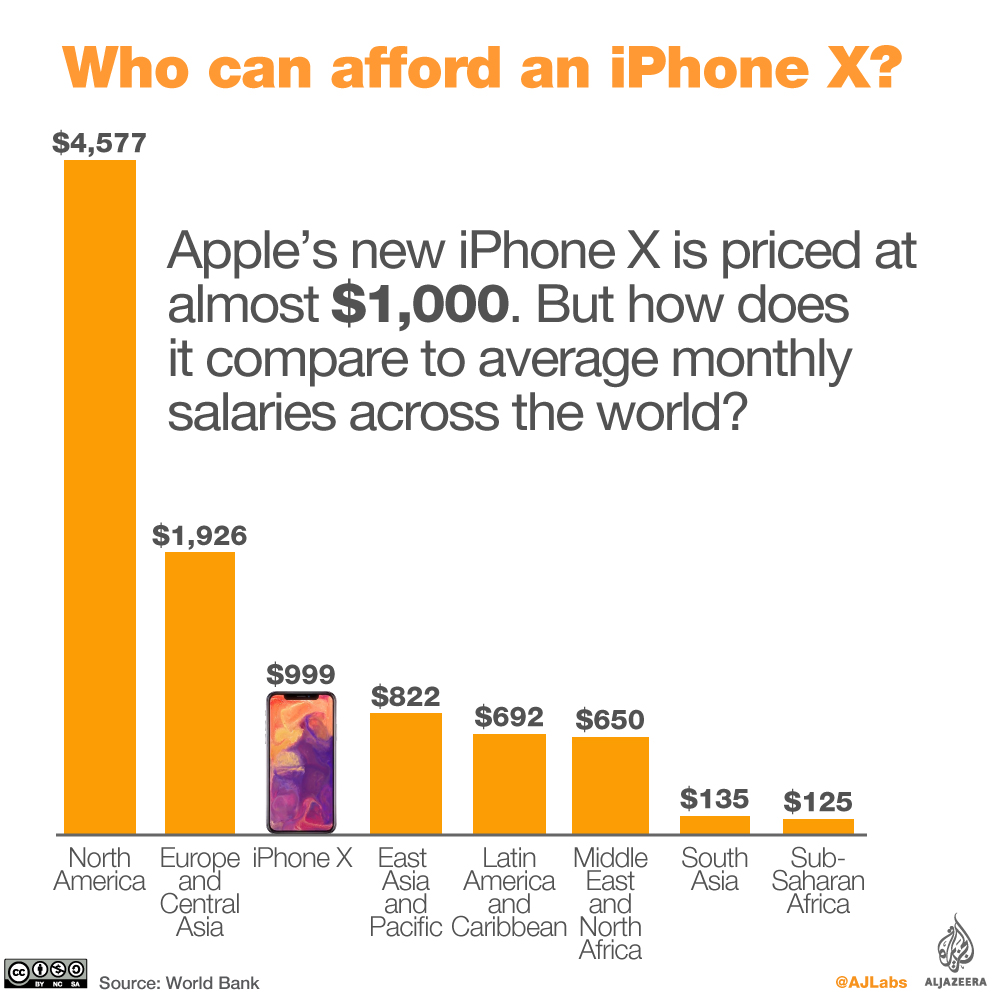