NASA’s Cassini probe which set out to explore Saturn’s system, including its rings and moons, has ended its 20-year-long mission on September 15.

The unmanned NASA spacecraft tookl one final plunge into Saturn’s atmosphere, from where it transmitted back to Earth the final messages of its historic journey.

The 6.7-metre spacecraft launched from Cape Canaveral, Florida in 1997. Travelling over 1.2 billion km, it took the probe seven years to reach Saturn in 2004. Since then, it orbited the giant gas planet over 200 times and took more than 450,000 pictures of Saturn and its many moons. 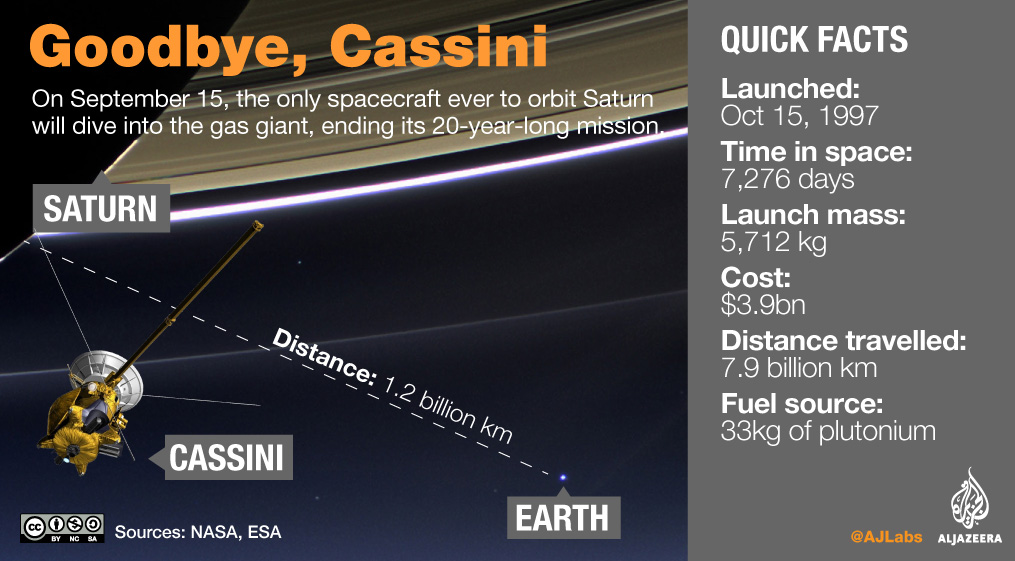