Indian businesses are bracing for the worst as the country storms ahead with its most ambitious reform in decades – transforming the world’s fastest growing major economy into a single market.

At midnight on Saturday, July 1, the long-awaited goods and services tax (GST) will be rolled out, replacing about 20 federal and state taxes and unifying the country’s $2 trillion economy.

Prime Minister Narendra Modi’s government promises the new system will not just simplify trade by replacing more than a dozen levies with one tax, but combat corruption and enrich state coffers by bringing the informal economy into the digital era.

But many businesses and retailers complain they are ill-prepared for the massive changes and about what to charge.

Mamata Banerjee, the leader of the All India Trinamool Congress, warned of a “chaotic situation,” adding that millions of small businesses were not yet ready to file multiple tax returns.

Thousands of textile mills and retailers across India went on strike this week to protest the tax. Small businesses, in particular, are unhappy with the extra demands made of them to be tax compliant during the change-over.

“There are different rates for a mobile set, charger and headphones – all of which come in one box,” said Praveen Khandelwal, secretary-general of Confederation of All India Traders, pointing to one such example.

“What tax rate will be applicable in such a scenario? We don’t know yet.”

A slew of basic staples, such as fresh vegetables and milk are exempted, along with less obvious items, like temple offerings, the national flag and human hair.

So-called “sin” goods like tobacco will be slapped with extra levies, while states will still be allowed to separately tax some products including alcohol, petrol and aviation fuel.

India has one of the lowest tax-to-GDP ratios in the world and these changes, though initially painful, will have a “significant impact” on compliance, said Neelkanth Mishra, managing director at Credit Suisse.

“India is like a house under renovation. While the new parts are being built, no one will be happy,” he told AFP.

The sweeping reforms come less than a year after Prime Minister Narendra Modi devalued India’s largest banknotes in a sudden move designed to outmanoeuvre tax cheats, but was blamed for a crippling cash shortage and slowing growth.

To avoid a similarly rough landing, the government has trained 60,000 tax bureaucrats and run sessions with private accountants to ensure everyone is up to speed on the finer points of the GST.

A GST council has spent months thrashing out the final legislation, which was blocked in parliament for a year until an amended version was approved. 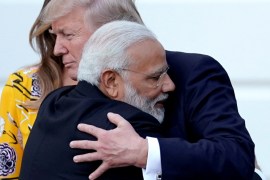 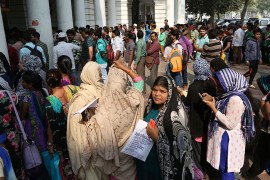 A month into Modi’s crackdown against “black money”, a severe cash crunch has left people struggling.