Egypt has announced up to 55 percent increase in fuel prices, the second such rise since the local currency was floated seven months ago, as the country cuts government subsidies in an IMF-backed austerity programme in exchange for a $12bn loan.

But Egypt’s Prime Minister Sherif Ismail told a news conference that the decision was essential and could not be delayed.

He said the government planned to provide “less subsidies for fuel and to divert it to other sectors” such as development.

“We took part of the value of the subsidies allocated to energy to use it for other subsidies that are important for limited-income and poor individuals,” he said.

The fuel prices were first increased in 2014 and again in November last year.

It comes as part of broader economic reforms taken to meet demands by the International Monetary Fund (IMF) for a $12bn bailout loan.

Other measures that were taken to appease the IMF include the imposition of the value added tax.

Investors and international lenders have applauded the reforms but the measures have fuelled inflation, which now hovers around 30 percent.

The country had spent billions of dollars propping up the pound, which rose from 8.9 pounds to the dollar to 18 after its flotation. 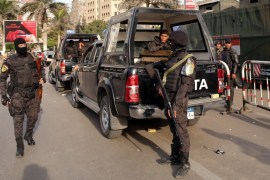 The loan, to be allocated over the course of three years, is aimed at pulling the country out of an economic crisis. 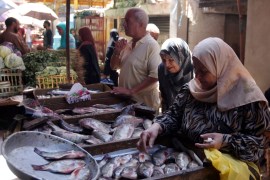 The pound’s devaluation makes sense in the long term but there will be consequences for the poor and middle class. 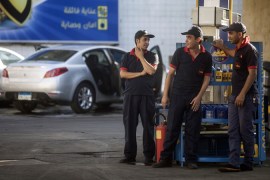 Sisi: Fuel for a backlash?

Egyptians now have to pay more for services after their government slashed fuel subsidies.