As Qatar and a host of Arab nations are locked in a diplomatic dispute, analysts warn that a disruption to Qatar’s gas supplies to the world could send energy prices soaring.

Qatar is the world’s largest exporter of liquefied natural gas (LNG) and produces up to 77 million tonnes of gas each year.

Gas has helped transform the tiny emirate into one of the richest countries in the world, propelling its rise into a major regional player and helping Qatar fund huge infrastructure projects and host major events such as the 2022 football World Cup.

Qatar has several gas fields within its territorial waters. In April 2017, Qatar announced it was boosting output in the world’s largest gas field – the ‘North Dome’ – off the Gulf state’s northern coast, which it shares with Iran. ‘South Pars’ is the name for Iran’s share of the gas field.

Qatar Petroleum has insisted that the recent diplomatic rift between Qatar and some of its neighbours will not affect output. 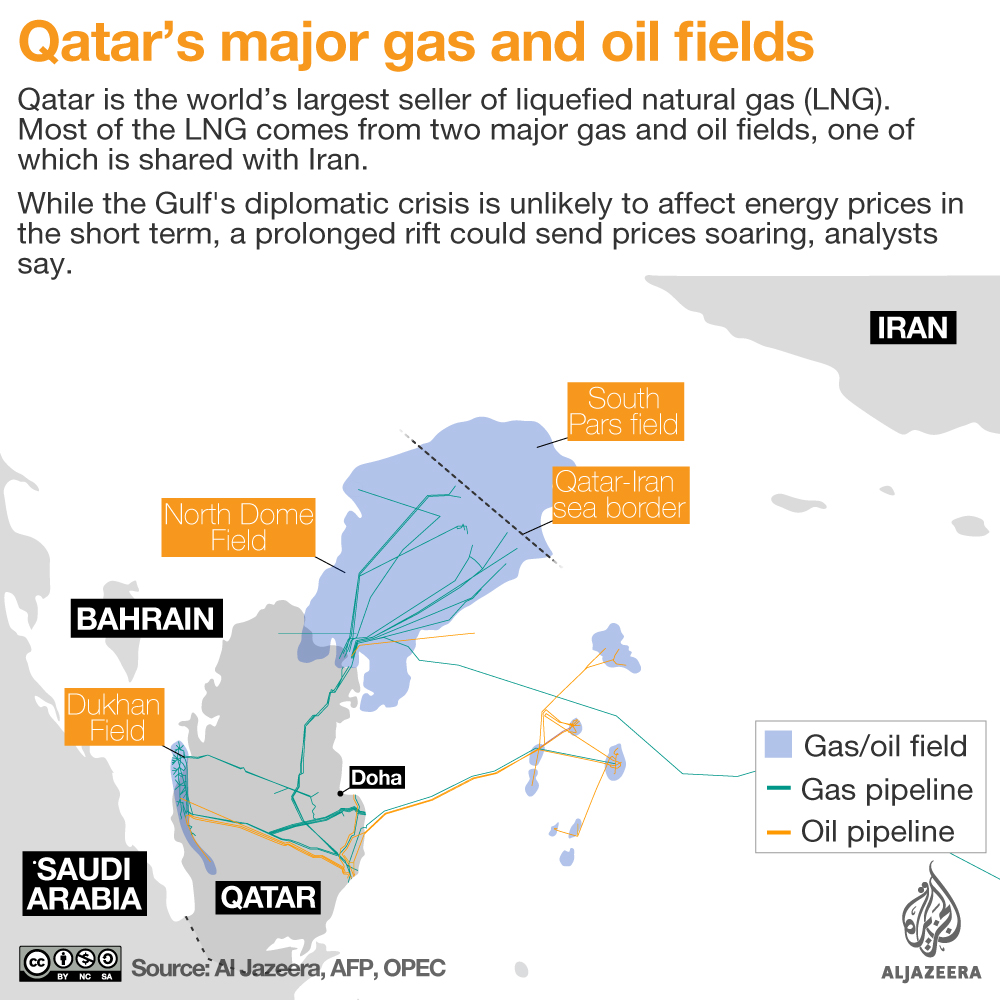