Qatar Petroleum has said in a statement that it is “business as usual” despite a worsening diplomatic crisis involving Qatar and its Gulf neighbours.

In an attempt to reassure customers, the state-run company said on Saturday it had “mobilised all available resources” to mitigate any actions that could disrupt supplies.

“Qatar Petroleum, and its subsidiaries, wishes to affirm that it is conducting business as usual throughout all its upstream, midstream and downstream businesses and operations, and in all activities across all of QP’s world-class facilities,” the statement read.

Qatar is the world’s largest exporter of liquified natural gas and produces up to 77 million tonnes of gas each year. 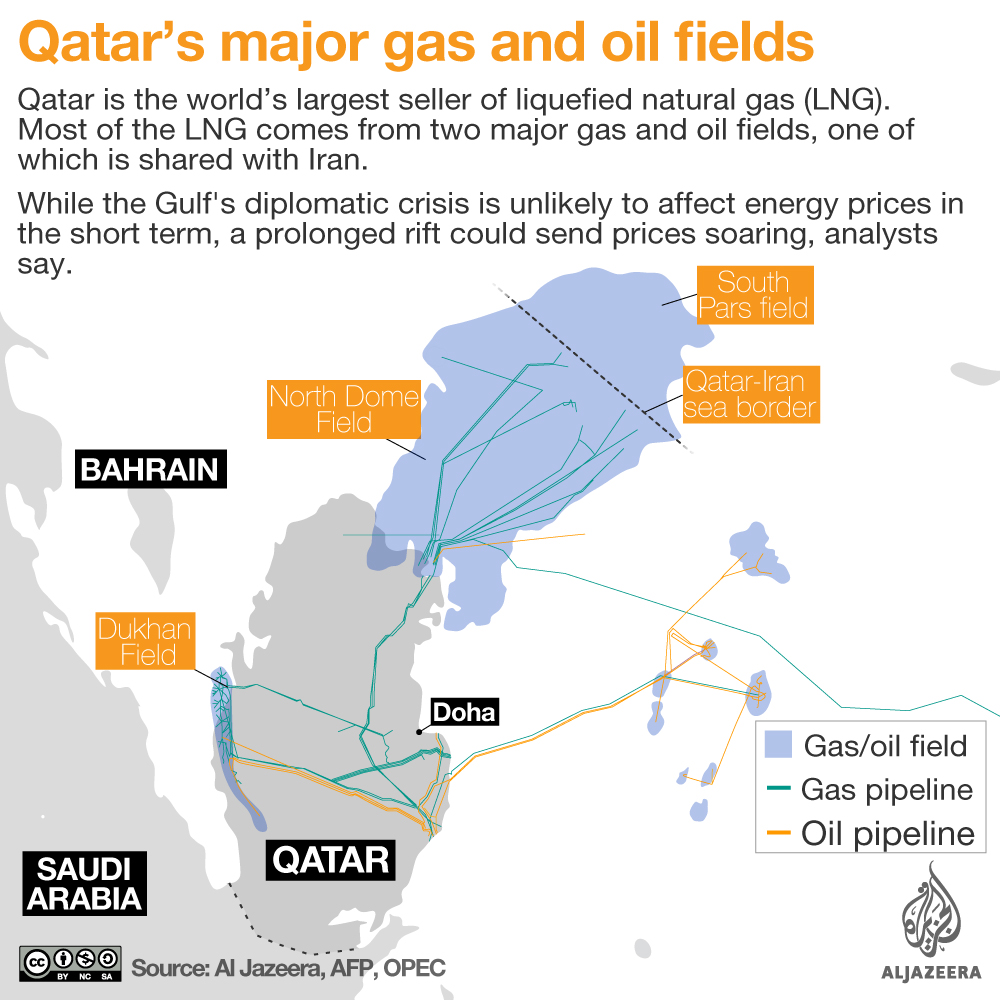 In April, Qatar announced it was boosting output in the world’s largest gas field, the North Field, off the Gulf state’s northern coast, which it shares with Iran.

Gas has helped transform the tiny emirate into one of the richest countries in the world, propelling its rise into a major regional player and helping fund huge infrastructure projects such as the 2022 football World Cup, which will be hosted by Qatar.

On Monday, Saudi Arabia, the UAE, Egypt and Bahrain led a string of countries that cut ties with Qatar over what they say is the country’s financing of extremist groups and its ties to Iran.

Qatar vehemently denies the claims and says it is the victim of an orchestrated campaign to force Doha to change its foreign policy.

The dispute threatens to draw in many countries, and on Friday US President Donald Trump accused Qatar of being a “funder of terrorism at a very high level”.