Iran has said it had received more than $4bn from Emirates National Oil Company (ENOC), as part of the UAE retailer’s settlement of its debts owed to Iran for pre-sanction oil and gas purchases, reported Iranian news website Al Alam.

Iran’s Supreme Audit Court, which monitors the Oil Ministry’s deposits into the state treasury, said that the Central Bank of Iran had received the total amount of $4,105,219,136 as part of Enoc debts over the purchase of gas condensate, the agency said on Sunday.

Banking restrictions had previously prevented the companies from transferring payments to Iran.

Iran re-entered the global economy in January 2016 following years of crippling international sanctions, after the UN announced the country had complied with the terms of a landmark deal in July 2015 aimed at scaling down its nuclear programme.

The landmark deal Tehran finalised with six world powers allowed it to have immediate access to more than $50bn in long-frozen assets and freedom to sell its oil and purchase goods in the international marketplace. 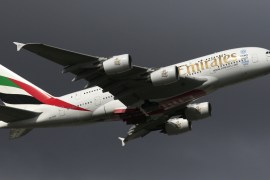