Thousands of people have taken to the streets of Spain’s capital, Madrid for a “March of Dignity” to demand better wages, job security and an end to corruption.

Demonstrators from all over the country marched down Madrid’s main avenue, the Gran Via, on Saturday behind a banner reading “bread, work, homes and equality”.

Dozens of trade unions and left-wing groups joined the protest, which has been taking place every year since 2014.

Organisers put the turnout at 200,000, while the local prefecture put it at only 6,000. Estimates by the AFP news agency put it in the tens of thousands.

“We want to show not only our indignation, but that there is also an alternative,” Alberto Garzon, leader of the United Left alliance, said.

“We have the ability to build an alternative if we work on a common project, with people coming from all sides to fight against the criminal policy of the PP,” he added, using an acronym for Prime Minister Mariano Rajoy’s ruling Popular Party.

Labour reforms adopted in 2012 by Rajoy’s conservative government have helped to spur growth after a severe economic crisis.

Unemployment has also been brought down from 27 percent at the start of 2013 to 18.7 percent in the first quarter of this year – yet it still is one of Europe’s highest.

Critics also say the that many jobs are precarious, with no guarantee of working hours, and are often poorly paid.

Rajoy’s PP, in power since 2011, won the most seats in elections held in December and June but fell short of a majority both times as voters angry over corruption and austerity backed new parties.

After 10 months of political stalemate, Rajoy won a crunch vote of confidence in parliament in October 2016 to be re-appointed as Spain’s leader. 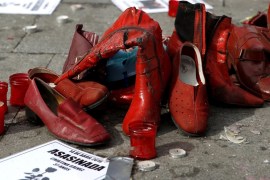 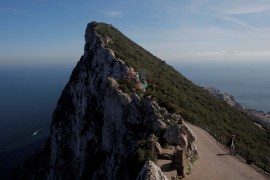 Moves by the EU to offer Spain a veto over Gibraltar’s future trade relations with the bloc trigger fury in the UK.